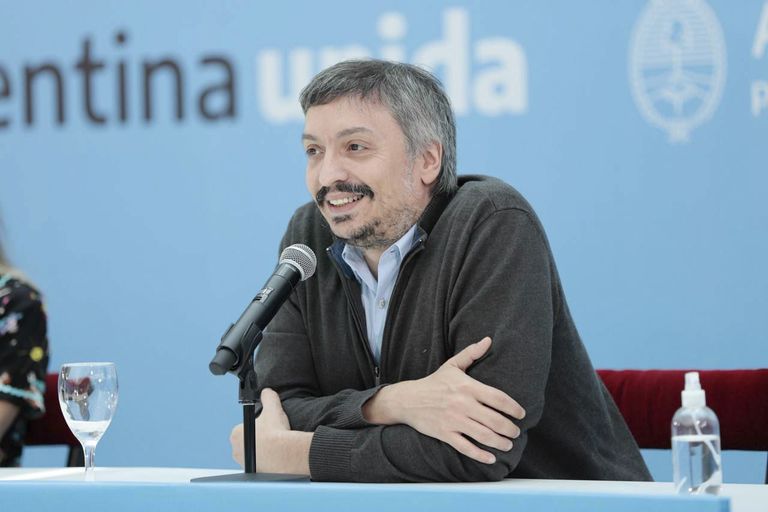 
In rejection of the agreement with the International Monetary Fund (IMF), Máximo Kirchner was leaving some clues that served as a warning against his resignation as president of the bloc of the Front of All in the Chamber of Deputies.

In the midst of the negotiation with Pfizer, during the briefing in the lower house of former Chief of Staff Santiago Cafiero, in July 2021, the Kirchnerist leader He said that Argentina has “to have more self-esteem” and not seek “validation outside.” And he anticipated: “When we do not listen to our own experience as a people, we always end up being toys of the circumstances.”

Towards the middle of last December, in the middle of the government’s treatment to reach a final understanding for the external debt, the leader of La Cámpora had anticipated his position: “The IMF cannot have such a greedy attitude towards our country after the conditions in which it lent them, after a pandemic, and wanting these situations to be resolved as if these events had not existed”

A few days later, Kirchner met the president of the opposition bloc, Christian Ritondo, while the 2022 Budget law was being discussed, between insults and boos. This caused that, finally, Together for Change did not accompany.

“Bearing in mind… well we understand each other [sobre el silencio que iba imperando en la sala]… taking into account the presence of such distinguished people who held such high positions as a result of the election, of course we read the results of the polls, and this is a midterm election [sobre las legislativas de noviembre]. The 2019 election defined the Presidency of Argentina. What one wants is that we can vote. It is the request that we received from our President who is committed to sending these projects [por el de presupuesto] to Congress, as will be done with the agreement with the IMF, which I wish had been so meticulously analyzed in the past by those who are now in the opposition, I wish it had passed through this Congress, to ensure that our democracy is respected in the agreement. Maybe it was because of cowardice [de la ahora oposición] of not sending the bill to Congress. President, let’s vote for the project yes or no and let’s finish the show, please”, he closed his speech.

After these words, Sergio Massa gave the speech to Ritondo, who announced that his bloc would not support the project proposed by the ruling party and blamed Kirchner. “President, until the recent intervention of the president of his bloc [por Máximo], my block was going to accompany, now it is not going to accompany that it returns to commission. Do you know what’s up? We have to respect each other. One has to understand when one wins and when one loses”, replied the opposition referent.

With the agreement already signed, the deputy camperista Paula Penacca, very close to Máximo Kirchner, crossed the Albertista Victoria Tolosa Paz, and Twitter, although he later deleted the post.

“Do not use Néstor Kirchner to explain Guzmán’s gifts”, Penacca tweeted to Tolosa Paz, also a ruling party legislator.

In the Frente de Todos, meanwhile, they recognized the tweet, but no one wanted to comment on the subject. Near Tolosa Paz they were surprised. “Is she the one talking? Or is it Maximo Kirchner? Why did you delete it?”, Are some of the questions that were asked.