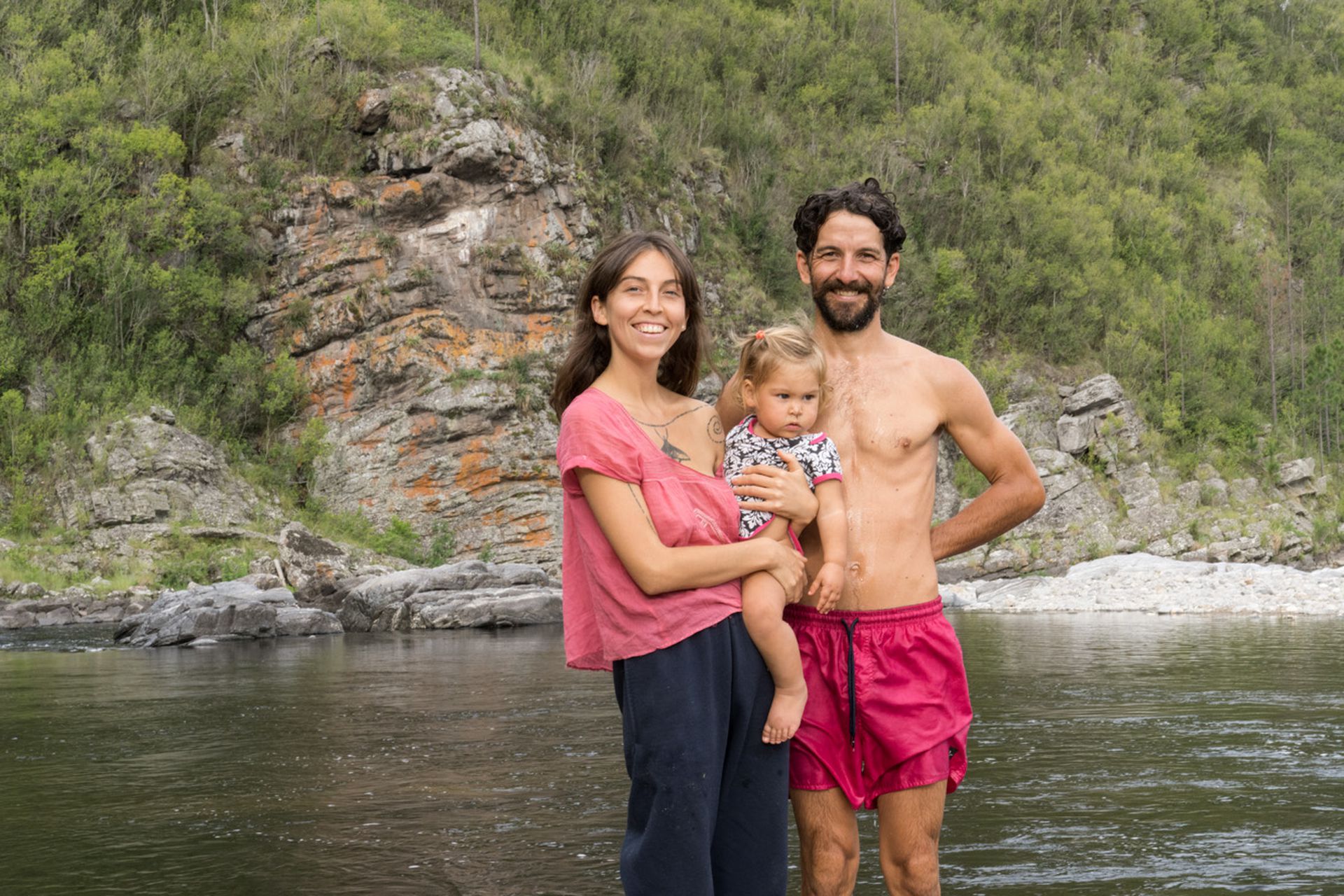 What is it like to live in Umepay, the natural community founded by a group of friends in the mountains of Córdoba


“We liked the area and when we saw the river we said: it’s here. We bought nine hectares in 2010. We were eleven adults with three children, a group of friends, all from Buenos Aires, that we were doing well in what we did, but we wanted something different: a life in connection with nature”, reports Gaston Alcaraz, one of the founders of Umepay, the eco-village and retreat and lodging center for holistic activities that promotes permaculture, community life and sustainable living patterns.

The enclave between the mountains, forested with pines, acacias and oaks, is a paradise that is accessed by a detour on the road to El Durazno, near Villa Yacanto, in the Calamuchita Valley. From the signpost to the access gate there are five kilometers of ascents, descents, slopes, hills, which do nothing more than feed the expectation. Everything is wild, natural, except for the dirt track that the car follows. Upon arrival, and especially when going down to the beaches of the Rio Grande River, which in that area roars among the stones and seems even more encompassing, so many turns are justified and it is understood why they fell in love with the area. Three of the original nine hectares of Umepay overlook that wild river. The ecovillage took the name of the hill in front, which in the original language means “to look from above”.

In a few years, the redoubt where Gastón and his partners built the dining room and the first houses (they call it El Centro), seven other ecovillas were added –almost 400 hectares – inhabited by about a hundred people on a stable basis. “Today we are a community in diversity”, declares Gastón, to summarize the experience of a decade of learning and changes.

At the beginning, the pioneering group sought to found a social space of awareness and alternative life, inspired by what some had seen in the Brazilian community. piracanga, near Salvador de Bahía, and in the ecovillage Gaia, in Argentina, with its permaculture institute.

They established a rcommon regulations, activities and even tried to share the economy, but as they went along they innovated and found their own model that, broadly speaking, is explained in three dimensions: sustainability and care for nature, bioconstruction for homes and common spaces, and the promotion of therapies and activities that cultivate self-knowledge, harmony and personal development. Seminars, courses and retreats are scheduled periodically, and they receive volunteers and visits.

“Each house must try to treat its gray and black water, with biofilters and biodigesters. We use photovoltaic solar energy and different bioclimatic techniques, permaculture, green roofs, quincha, wood, for constructions. We compost organic waste and we also have a recycling center,” explains Gastón.

A small sign on the door of the community room describes the program for the day. “In the holistic center, retreats and activities are held to help maintain a balanced energy. No alcohol, no smoking and the food is vegetarian”, he adds. And it reveals that, since there are already several children in the community, the next project is a school, with Waldorf pedagogy.

Roberto Gallelli, at 78, is proud to be the oldest neighbor of Umepay. “The oldest,” he laughs. Wearing a blue shirt and shorts, we found him on the way to the river, holding Líbera Ona, one of his three grandchildren, by the hand. Know the community project from the beginning because Julieta, her daughter, was one of the eleven pioneers of Umepay. A porteño from Palermo, he says that he immediately adapted to the calm rhythm of the mountains. “I worked at the National Directorate of the Automotive Property Registry until I retired. It’s been five years since I left the activity and I made my home here. At first, I would return to Buenos Aires on the second Sunday of the month because I missed only one thing: dancing tango. I’m from Solidarity Milonga, from Alsina 1400. Here I work as a grandfather”, he says.

On the shore, under the shade of a willow tree, her other son, Joaquín, prepares a bitter mate while Camila feeds Selva Panambi (butterfly in Guarani). They are studying the first summer in the ecovilla. For now they rent, but they have plans to settle.

On another sandy beach, just where the wide river curves, two women are having an animated chat. They are on vacation for a few days. They discovered the place during a yoga retreat and were so delighted that they wanted to return. In Umepay, the neighbors can have their homes for rent, as long as the visitors comply with the coexistence guidelines of the place that -no conflict- is exactly what they went looking for.

It’s Tuesday and the town is quieter than usual because a group of 15 neighbors left for Traslasierra for a couple of days. integrate water forests, a Non-Governmental Organization that seeks to reforest the mountains with tabaquillos (Polylepis australis), to guarantee water and quality of life for future generations. They return on Friday, because it is the key day in The farm, food, the community garden where they cultivate, sow and share the knowledge of the Earth, respecting natural cycles and with principles of biodynamic agriculture.

Another classic of Umepay are the delights of sow bliss, right at the entrance, a tea house offering homemade pastries, with a view of the mountains, which is also a gift shop, handicrafts and natural cosmetic products.

Ademir Herrera Agurto is Peruvian, from the Piura area, but he already feels like one more serrano. He arrived in the Calamuchita Valley nine years ago and, among other things, worked with a company that built several houses in Umepay, following the bio-construction guidelines that govern the community. The knowledge that he brought from his country and that he deepened and adapted to the conditions and materials of the Cordoba mountains served him well. He knows how to do everything, and he can be recognized by his cap with the visor pulled back and because he comes and goes on a motorcycle everywhere, always with a good vibe. Now, in addition to intervening in different private works, he is finishing his own house on the top of a hill that dominates a good part of the valley. “This place is a paradise,” he says, rightly so.

Ademir is based in the Ecovillage La Aldea, which comprises 100 hectares, the first to be annexed to the original project, which was later followed by Nogales, Acacias, Siete Lomas, Castaños and Espinillos. Tres Ríos was recently added. The same concept applies to all: 70% of the total area is intangible, cannot be intervened or disposed of, and the rest is subdivided into portions of at least one hectare. The equation guarantees spaces for wildlife, tranquility and intimacy, according to Raúl Capaldo, who everyone knows as Töshin, a name given to him by his Zen master.

Töshin knows numbers and joined Umepay when one of the founding members of the ecovillage decided to open himself up from the society. “Now I’m 11”, introduces himself, smiling, who is also the drummer of Serranos del Puerto, the music band that rocks in the place. Baggy pants, loose hair, honey eyes, Clara Canale is the keyboardist. He’s also from Buenos Aires, but he left the city a year and a half ago and says he doesn’t miss urban noise at all. “I only return for paperwork,” he concludes.