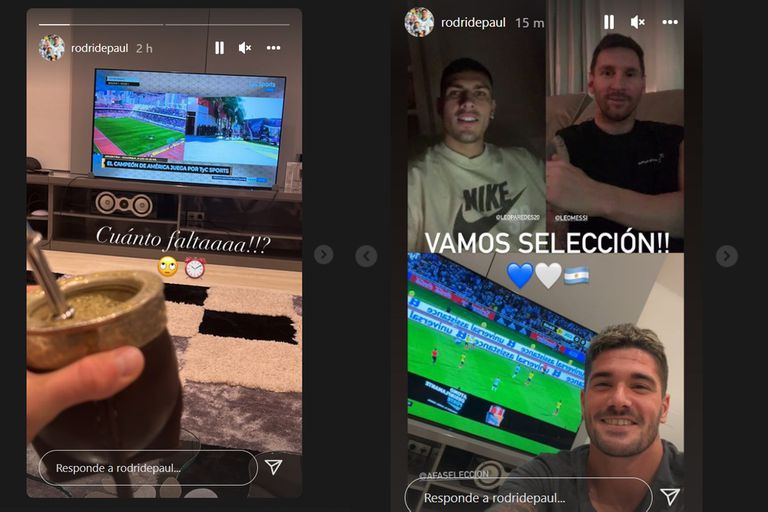 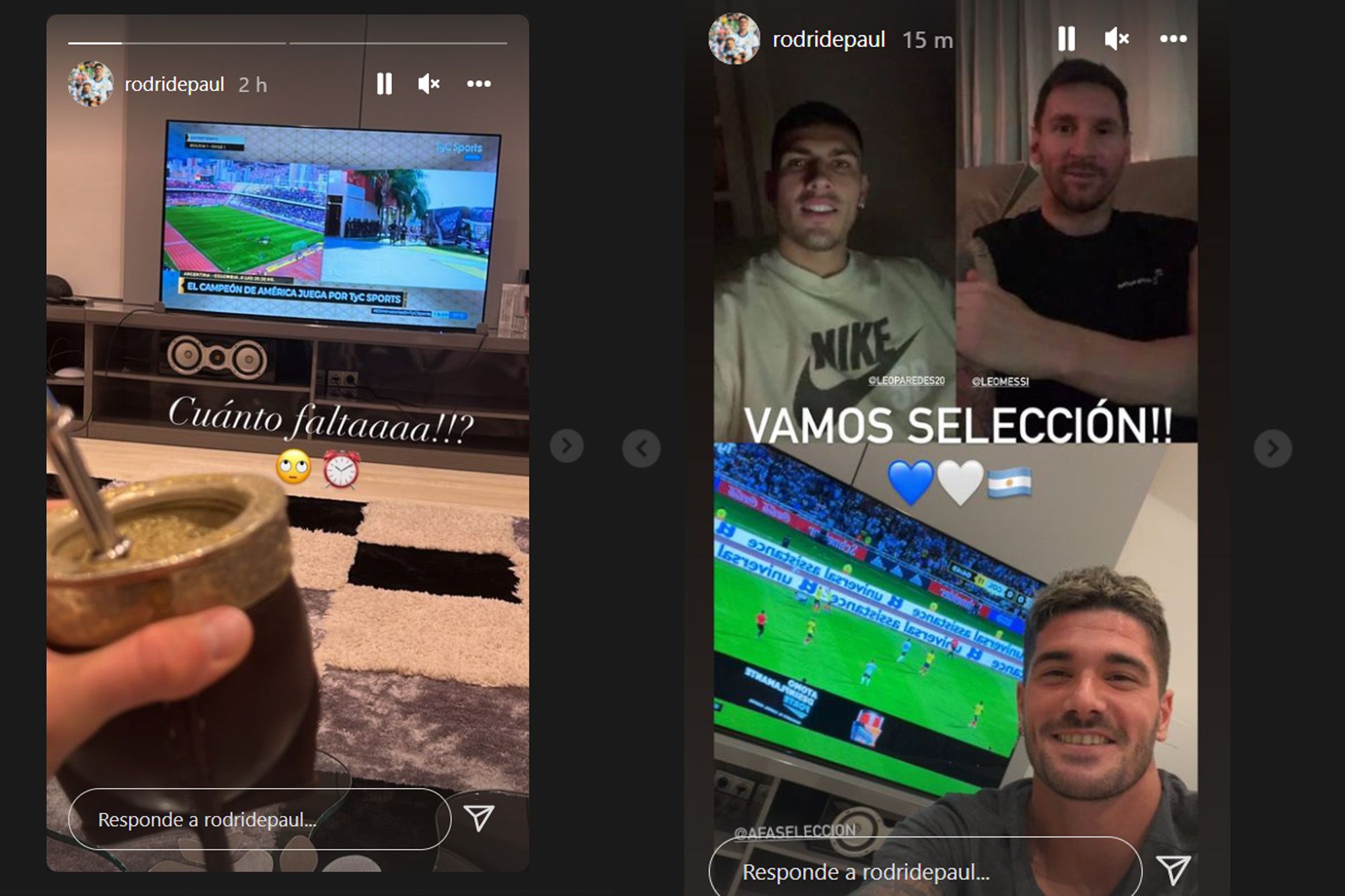 Absent in the Argentina match against Colombia in Córdoba for the South American qualifiers, Lionel Messi, Leandro Paredes and Rodrigo DePaul they wanted to be with the team in some way and used technology for that. Thus, the three were protagonists during the first time of a video call that the last of them shared with his followers in his Instagram story. “Come on selection”, the midfielder emphasized.

Specifically, De Paul made a capture of the moment in which they commented on the meeting between smiles and uploaded it to his personal account. Each one watching the game from their homes in the European dawn, while on the television behind the current Atlético de Madrid footballer it could be seen that they were playing in the Argentine field. Immediately, Paredes shared it.

One, De Paul, in Spain. The other two, Messi and Paredes, in France. From Madrid and Paris, respectively, they followed the match as if they were in a grandstand cheering, wanting to be on the pitch to build combinations, create goals or hug Lautaro Martínez to celebrate the goal that put the team ahead. De Paul accompanied with the mate, as he showed. For different reasons, they could not be protagonists of the Cordovan night: Messi was not summoned so that he could continue to recover physical form at his club, while his teammates received a warning in Thursday’s game against Chile, which earned them a suspension for one date.

Already a little more than an hour before the game began, De Paul had been restless in waiting and also uploaded a publication with the television, his hand holding a mate and the question: “How long is it yaaa!!?” next to a couple of emoticons, including a clock. In turn, Messi and Paredes shared an image of the “endurance” during the warm-up.

In fact, his own Messi had published a photo of the living room of his house: the television was on, with images of the previous game, and the fire below, to warm up the Parisian dawn. The three, in their own way, will have also celebrated Dibu Martínez’s stupendous save on Borja, at the end of the first half.

Very active in the networks, the players of the selected team encourage each other, support each other and show themselves present even though, due to injuries, caution or suspensions, they are not available for DT Lionel Scaloni. At the end of March, they will get together again with the shirt they love the most: the team will close their way in the qualifiers against Venezuela and Ecuador.