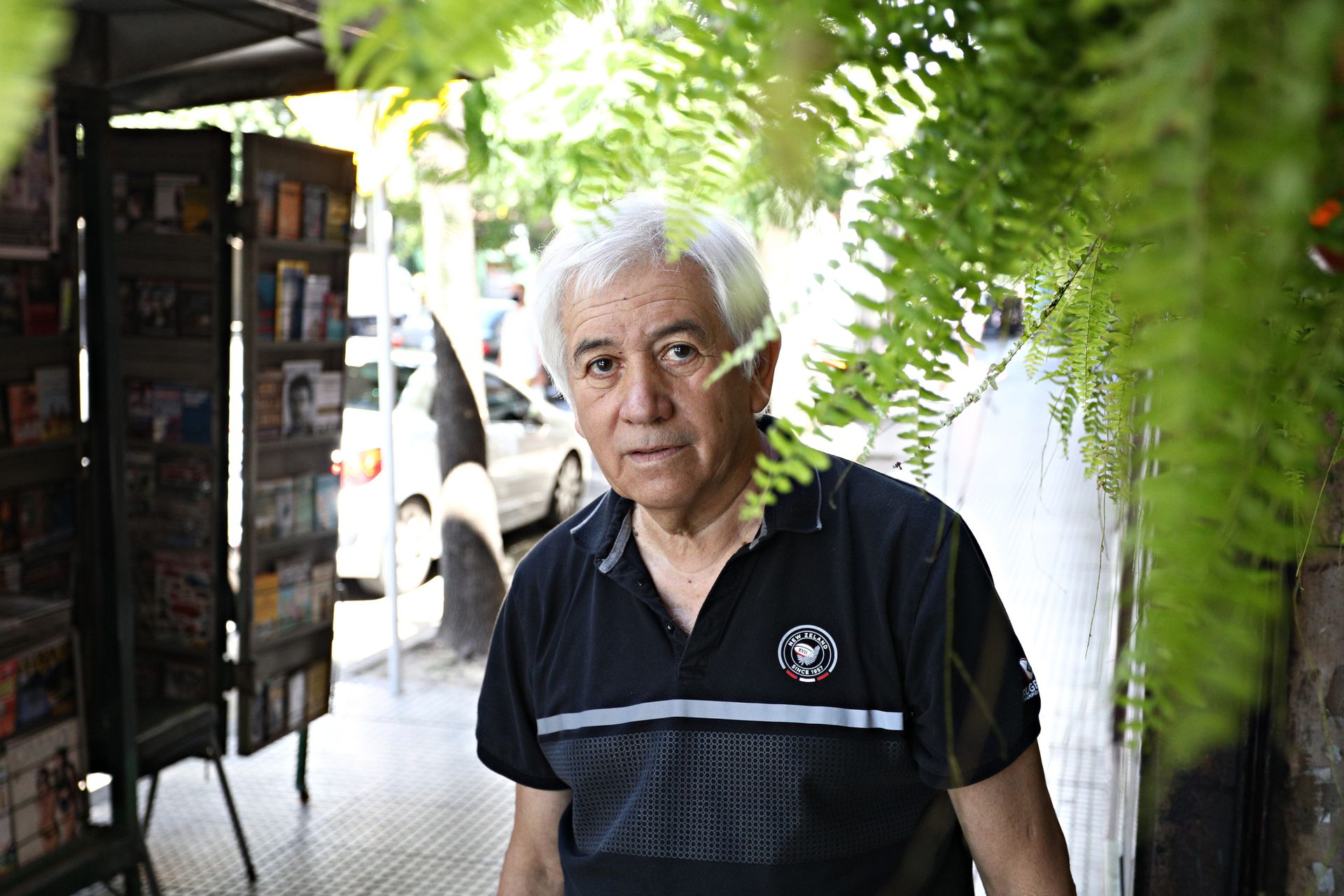 “There came 81″: selling twigs, when he lost his job, became a successful trade with loyal customers


In San Telmo they know him as “Oscar, the florist”. His trade became his surname. It is no coincidence that many neighbors greet him saying “There came 81”, since in the pool that number means flowers. Oscar Larrea is 70 years old (although with his energy he appears much younger) and is a much-loved character in the neighborhood. “I am a nature lover. She saved me, gave me strength to move on. It’s that in the early 90s I lost my job and had to start from scratch: I started selling bouquets of roses, freesias and jasmine on the street in the Microcentro area”, he recalls, while adjusting the colorful window with porteño filleting of his local, on Av. Independencia 711, with roses, gerberas, chrysanthemums, daisies and a variety of hanging plants for the interior of homes.

Don Oscar is a cheerful person full of vitality. Everyone who passes by his place greets him. He calls them by name. “For me they are not clients, I call them friends. I owe them everything,” he says. And he begins to tell his story. He was born in La Boca and is a fan of the blue and gold club. As a child, he played rag ball in the street. Later, he grew up in Barracas. “Mom told me that studying was important, but I couldn’t finish school. I have worked since I was very young. When I was ten years old, he was going to accompany me to the heel with the distribution to earn a few pesos. He ran various errands to help with the family finances,” he says. One afternoon, while he was playing in the square with his friends, It was discovered by the producers of the movie “Alias ​​Gardelito” and they summoned him to act as an extra in a scene. “You had to search for them. I had fun. For a time I was assistant to the singer Héctor Jorge Ruiz, with the stage name Sabú”, he adds. Years later, he worked as a greengrocer, butcher and in different tailor shops in the city. Until the opportunity came to him to be a manager in an important clothing house, which was formerly located on Santa Fe y Larrea street. “At that time we worked with international brands. They came looking for many classic suits, shirts and ties. I attended to people from the artistic environment, journalists and soccer players”, he recalls. However, in the early 1990s the store closed and he lost his job.

Don Oscar walked hopelessly and aimlessly in search of new job opportunities. He wore a neat suit, shirt and tie. While crossing Corrientes and Acuña de Figueroa, the delicious aroma of the brand new “Flower market”. Without hesitation, he entered: he sought to clear and clarify his ideas. “It was love at first sight. The plants, bouquets and arrangements captivated me. Everything was a beauty”, he admits. At that moment he had the fantastic idea of ​​buying several and going out to sell them around the city. “I remember that I arrived home full of flowers. Of which he did not even know their names. My family told me I was crazy. The only thing that mattered to me was that they did not lack bread, I wanted to work and do something worthy.”, recalls. That night, she made quaint bouquets out of cling wrap and colored tape, which she placed in a huge cardboard box. The next morning, excited, he took the bus and began to offer them to travelers.

He sold a pair, but was not discouraged. That same day it was located in a strategic corner: Rivadavia and Peru, a few meters from Plaza de Mayo. “Many regulars, including businessmen and bankers, who came to the clothing store recognized me. They bought from me often and began to send me clients”, he says. Over time, he became known in the area as “the florist Oscar”. He says that at that time, every day, He sold about 500 packets. “It was a lot,” he admits. Later, a wicker basket was bought to carry the merchandise more comfortably. It has always been characterized by the good attention and variety of bouquets according to the season: roses, jasmine, carnations, gardenias, lisianthus, among others. On weekends you would find him with his basket in the streets of San Telmo.

In 2003 he managed to fulfill the dream of opening the doors of his business. “That day I had finished my working day. He came calmly with the empty wicker basket and I saw a huge “For Rent” sign. Opposite there was a magazine stand, I started chatting with the newspaperman and it turns out that we knew each other from childhood in Barracas. It seemed that life was giving me a sign: I found the place and Horacio, a friend”, recalls Larrea. At first, he thought of calling his flower shop “Naguil”, in honor of Nadia and Guillermo, two of his children, but the same clients suggested that it be “Oscar”. He admits that he doubted it, but after all, that was how he was known in the neighborhood.

“I opened with what I had. A couple of flowers and plants. I was always going to push him forward and not loosen up ”, He says. In the morning, seven days a week, he arrives at the store before eight o’clock to accommodate all the merchandise in their respective pots. It is open all year, except for Christmas and New Year. “But if an order comes up on those dates, I’m going to deliver it personally,” he says, laughing. One of the activities that he enjoys the most is visiting the “Mercoflor” flower market in La Plata. There, he goes every Monday, Wednesday and Friday in search of his precious flowers, plants (indoor and outdoor), soil, fertilizers, among other gardening items that customers request. He has suppliers for years, but he personally loves choosing the merchandise that he is going to offer and going through each of the stalls.

At Don Oscar’s, the bouquets and floral arrangements are prepared at the moment, according to the request. He usually makes suggestions, but he has a ritual: he always listens to the needs of each client. Simple, light or bright colors, pompous, to surprise a loved one, fifteenth parties, weddings, funeral crowns, among others. With bow, ribbon, parchment paper or wood. “Flowers accompany us throughout life: from birth to death,” he says. Mother’s Day and Spring are two dates in which he has a large number of orders. Now he’s getting ready for Valentine’s Day. “That day roses, astromelias and scented lilies come out a lot,” he anticipates. Oscar is happy that one of his children follows in his footsteps: Guillermo opened a flower stand on Belgrano and Peru streets. “He has a hand to assemble the bouquets,” he says proudly.

Customers come to his flower shop from all over the city. Many even accompany him from his beginnings. He says that during the pandemic, inquiries about indoor plants and advice on balconies and gardens grew. “Quality is not negotiable. It moves me when I realize the passage of time. The other day, I prepared a bridal bouquet for a client who I also had the opportunity to accompany her to her communion and quinceañera”, she confesses. Sergio Denis used to be a regular. “Every time he came, the place was full,” he says. At one time Larrea returned to his role as an actor and participated in some sketches of Susana Giménez.

“I love flowers and meeting people. Every day for me is more beautiful. I spend a lot of hours here and I feel very happy. Until the end of my life I want to work on this”, he concludes. At his side, there is a wicker basket that he keeps as a relic, it is the one that accompanied him during his first wanderings in the corners of Buenos Aires.