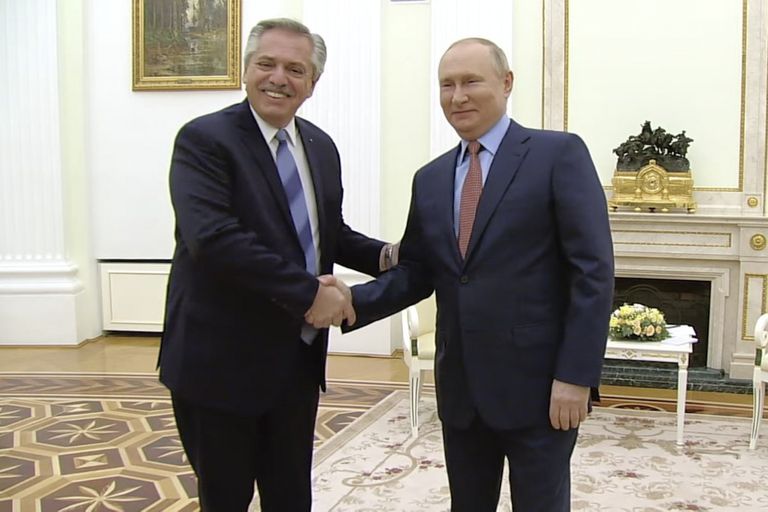 Alberto Fernández, with Vladimir Putin in Russia: “Argentina has to stop having such a great dependence on the IMF and the US.” 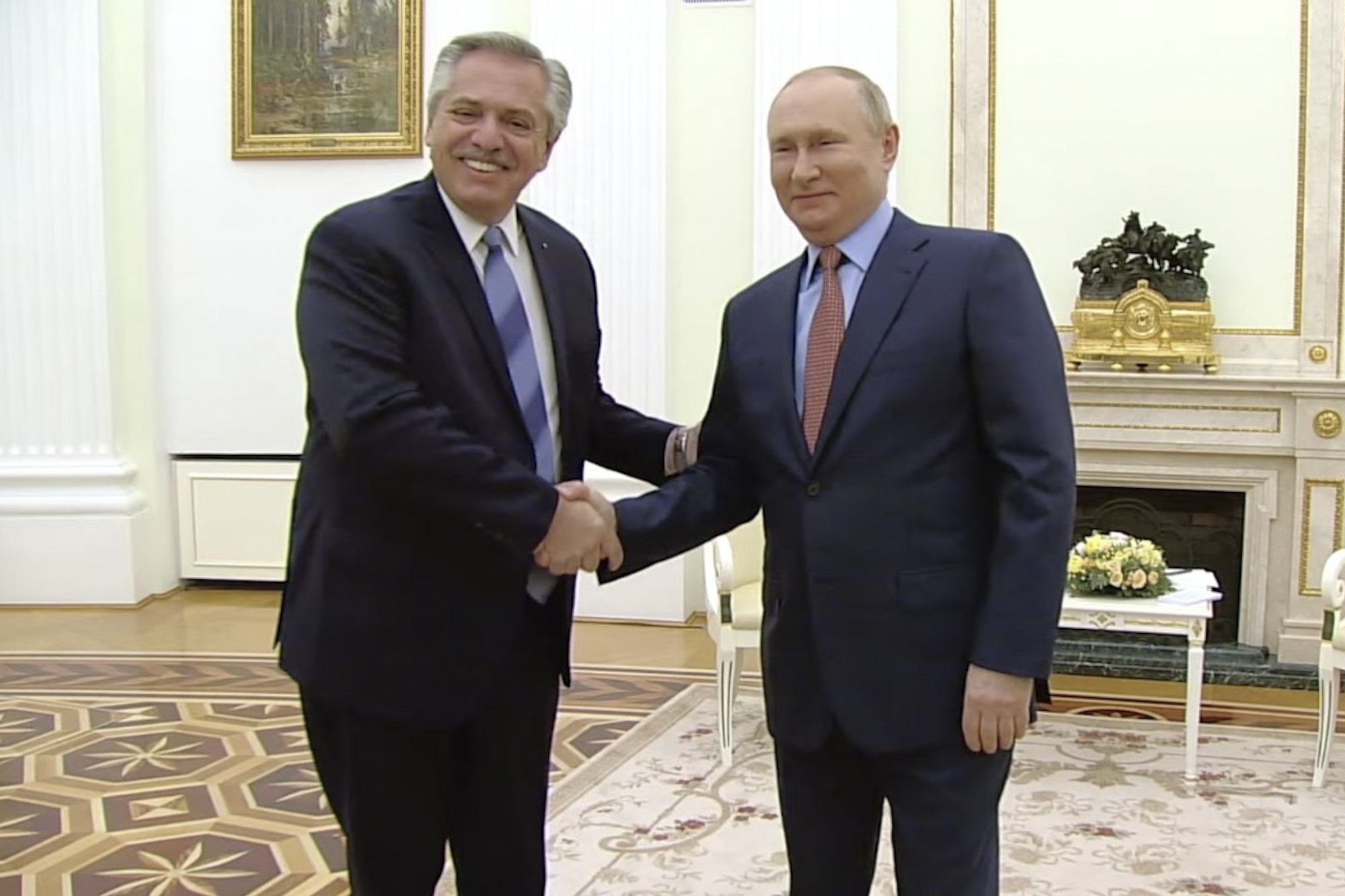 MOSCOW.- “I am stubborn that Argentina has to stop having that great dependency that it has with the Fund and with the United States. It has to make its way to other places and it seems to me that Russia has a very important place.

It was the bombshell phrase that the president, Alberto Fernández, pronounced today at the beginning of his meeting-lunch with the Russian president, Vladimir Putin, in an exchange that could be seen in the Kremlin press room that, despite the absolute secrecy that surrounded in head-to-head, he left the transmission on for too long.

“I want you to be certain that I see a great opportunity for us to move forward. And I want you to know that you have a friend in me who wants to see how we can move forward together, “Fernández continued, until an official came to the press room screaming and abruptly turned off the screen.

In the little more than ten minutes that could be seen, at first Putin, who made the Argentine president wait 45 minutes due to the critical situation he is experiencing due to the conflict in Ukraine, gave him a very warm welcome. Through an interpreter, he told him that he remembered seeing him in Jerusalem in early 2020 when there was a huge Holocaust commemoration 75 years after the liberation of the Auschwitz concentration camp.

He also confessed that he would have preferred to see it at a more “calm” moment and commented on Fernández’s lightning stopover in Moscow, spoke of the good relations that exist and congratulated the country for the high vaccination rate it had obtained during the pandemic.

In his turn, Fernández, who said that it was “an honor to meet him, to be able to see him in the eyes” and that it was a great pleasure to be in Moscow to talk about how to further complement the link with Russia and Argentina, thanked the massive provision of the SputnikV vaccine in difficult times.

“It was very important how they supported us when vaccines were scarce and the truth is that the results have been formidable at Sputnik in Argentina,” he said, telling him that, after the two doses of that drug, when he had to receive the booster , wanted to wait for Sputnik. At that moment Putin, who is usually very cold, empathized and said that he had also taken the three doses of Sputnik and they both laughed.

“You were there when the rest of the world did not help us,” he said, expressing his “deep gratitude.”