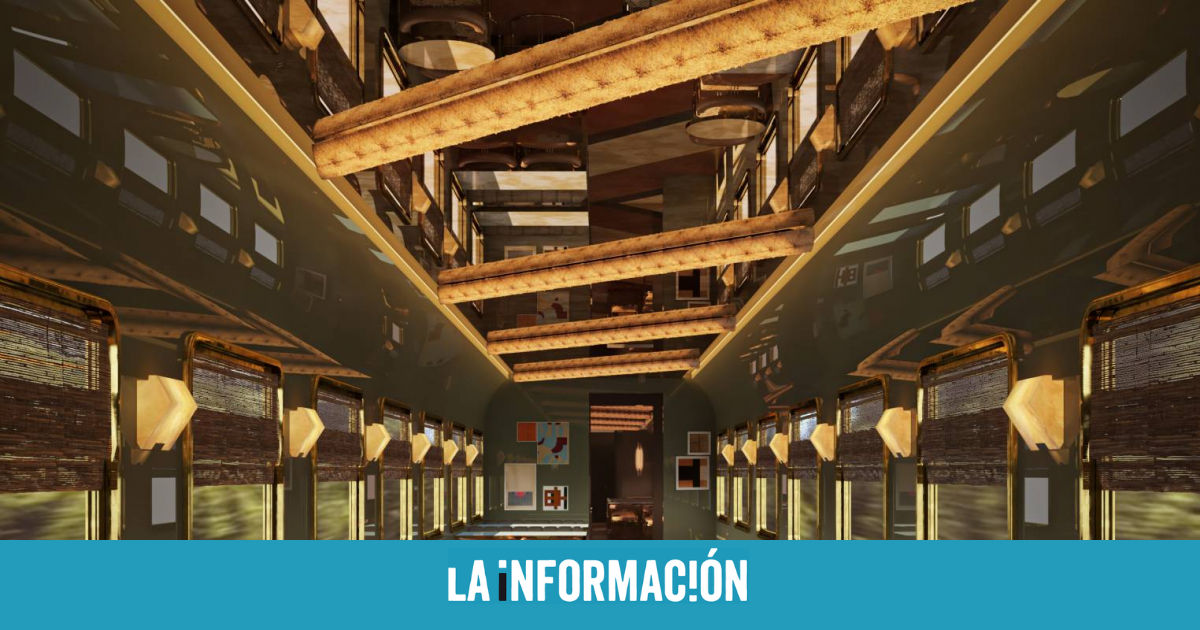 Dolce Vita, this will be the luxury train that will travel through 131 cities in Italy in 2023


Starting next year there will be a new way of traveling by train. The railway company Trenitalia and the catering company Arsenale SpA have decided to create a classic luxury locomotive for tour up to 24 regions and 131 cities in Italy. As indicated on the website, this proposal is a tribute to Rome, the Eternal City, “which honors the country’s cinema from the famous film ‘La Dolce Vita’ by Fellini to the glamor of Sophia Loren”.

The key to this locomotive is to rescue the essence of the 60’s and evoke one of the golden ages of Italy, where creativity and luxury abounded. This train, named Orient Express La Dolce Vita, invites travelers to embark on a journey through the landscapes of the country. This train will have a total of eleven wagons and great design inside, since it has been thought of as a boutique hotel. In total, it will have 12 luxury cabins, 18 suites, an honor suite and a restaurant car with haute cuisine gastronomic experiences.

As indicated, the routes of the Orient Express La Dolce Vita will begin in 2013, with a total of 6 trains and several iconic itineraries from the north to the south of the country. In addition, later they hope to be able to incorporate three more international destinations such as Paris, Istanbul and Split. Also, to pay homage, customers who wish can make a special stopover in Rome, where the first Orient Express Hotel Minerva is expected to open from 2024.

Your itineraries will start in the north, from the Italian lake district to the Dolomites and Veneto. It will then continue through the rest of the country, with a stop in Rome and reaching the hills of Umbria as well as more popular areas such as Siena or Florence. Once in the south, it will wind along the west coast of the island along the Palermo-Trapani railway line, where history, flavor and culture come together. In total, the routes will cover a total of 16,000 kilometers.

“The Orient Express La Dolce Vita design project was conceived to embody an impeccable and understated balance between the historic and the contemporary, without losing its authenticity,” explain designers Britt Moran and Emiliano Salci. What’s more, this tour recovers the ‘slow tourism’ and more sustainable for the environment. In the words of Luigui Corradi, CEO and General Manager of Treintialia, “Train travel represents the greenest option for transportation. Orient Express La Dolce Vita will speed up luxury rail tourism and attract many passengers as a safe and eco-sustainable way to move.” “.

The company has the collaboration of renowned chefs and local professionals who will be in charge of a daily five-star menu and pairing with award-winning Italian wines. On-board services will include haute cuisine, entertainment and a lounge bar, as well as other additional options, including reserved routes or offers in exclusive locations.