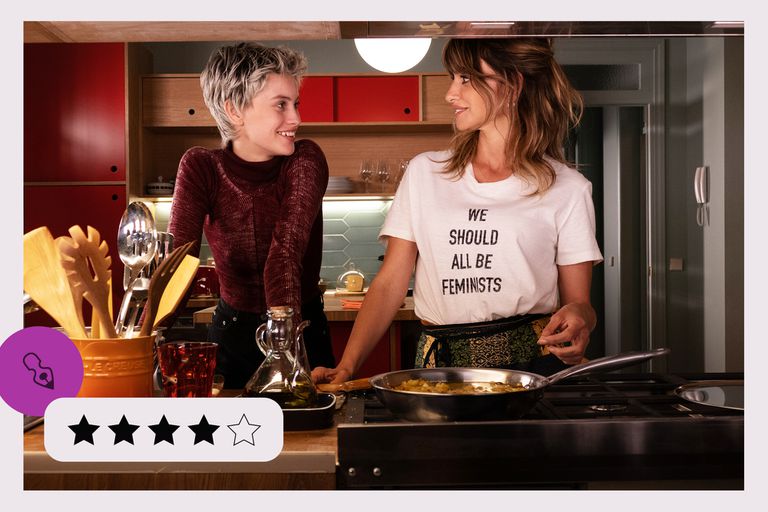 In 1989, Pedro Almodóvar told the French magazine Paris Match that he was determined to avoid any memory of Francoism through his films. It was an extreme reaction that symbolized the difficulty in dealing with a painful past in a time marked by happiness and catharsis caused by the recovery of democracy in his country: the years of uncovering. Time passed and finally the subject emerged from the depth of his consciousness. Sensitized by the discussion about the search and opening of common and individual graves with the remains of the victims of the repression (close to 100,000 people, according to official calculations), Almodóvar is now encouraged to address it and pays the consequences of his audacity: the collection of parallel mothers it is far from those that obtained his highest grossing films, even though the reviews were mostly praiseworthy and the film has even been released, and much celebrated, in England, the United States and France.

The parallel mothers of the title are Janis (Penélope Cruz) and Ana (Milena Smit), two single women who share a room in a maternity hospital. One is in her forties, she is the great-granddaughter of a person who disappeared in the Civil War and grew up with her grandmother, who always kept the memory of her assassinated father alive. The other has just left adolescence and is the daughter of a married couple who despise politics and have no regrets. The first became pregnant during a booming relationship with a forensic anthropologist, and the second was raped. Two radically different situations intertwined thanks to the recognized ability of the veteran Spanish director to weave plots with prodigious coincidences. It is a baroque and strident plot that Douglas Sirk or Fassbinder, unequivocal referents of Almodóvar, would have approved. And it is intimately linked with a conviction that already marked his previous feature film, pain and glory (2019): To build a healthier future, it is better to unearth the traumatic secrets and face them.

Beyond that statement at the end of the eighties in which he justified his need to escape, Almodóvar evoked more than once the dark political past of his country throughout his career, with greater or lesser emphasis: just think of the police rapist Pepi, Luci, Bom and other girls of the lot, Republican exiles from high heels, the voice of the secretary of the Council of Ministers of the Franco dictatorship, Manuel Fraga, decreeing the state of exception at the beginning of Aspen meat, or the sharp criticism of the complicity of Catholicism with the authoritarian regime that remained in power in Spain for thirty-six years in Bad Education. But this time it does so through a story without explicit villains -beyond a specific allusion to the obstacles that the government of Mariano Rajoy placed in the development of a policy of historical memory in Spain-, with characters who suffer but also enjoy or they redeem themselves within a world painted in those garish colors that often characterize their personal palette.

Premiered at the Venice Film Festival, where he had already been awarded the honorary Golden Lion in 2019 and had also presented his short film a year later the human voice (adaptation of a monologue by Jean Cocteau starring English actress Tilda Swinton), this intense melodrama full of games over time ensures that the emotional swings -the main fuel of the genre- do not overshadow the political content of the story, reflected in also in the propulsion of a free and heterogeneous femininity. And she finds in the fabulous work of Penélope Cruz one of her most notorious strengths: capable of radiating drama, commitment and warmth with the same power, this irreplaceable actress within the Almodóvar clan of girls composes one of the best roles of her extensive career, propitiating immediate identification thanks to an overwhelming energy driven by love, courage and sisterhood with which she virtuously connects the dramas of the past with the demands of the present. She is the necessary heroine that Almodóvar forged for his brand new contemporary manifesto, just when the ominous ghosts of times that seemed definitively outdated return once again, now embodied in the retrograde and reactionary discourse of Vox.