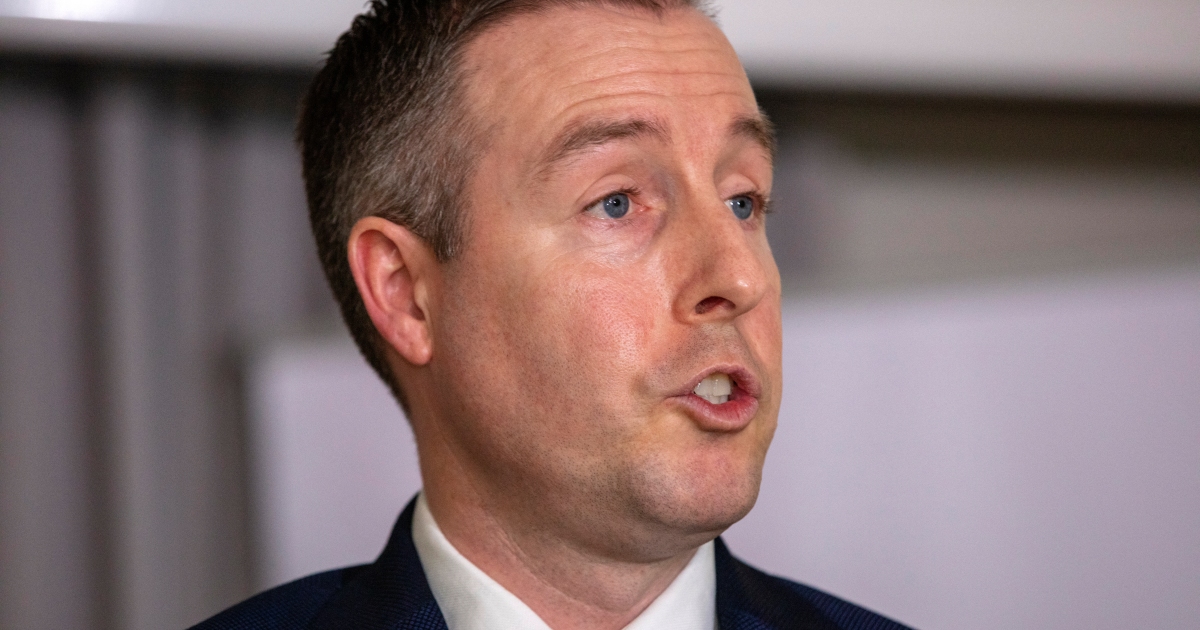 
Northern Ireland’s prime minister has resigned as tensions over the UK’s departure from the European Union triggered a new political crisis in the region.

Paul Givan stepped aside on Thursday after one of his ministers tried to block inspection of goods arriving from other parts of the UK, a move that violates the Brexit deal between the UK and the European Union.

“Today marks the end of what has been the privilege of my life,” Givan, who spent less than a year as prime minister in the region’s devolved government, told a news conference.

The Brexit deal is rocking Northern Ireland once again due to disagreements over language designed to keep trade flowing on the island of Ireland.

“Our institutions are being tested once again,” Givan said upon resigning. They have “been impacted by the agreement made by the UK government and the European Union, which created the Northern Ireland Protocol”.

Northern Ireland is governed by a power-sharing executive created by deals that ended decades of sectarian conflict in the region.

Givan was a representative of the largest party of voters who want to maintain close ties with Britain, the Democratic Unionist Party. He shared power with Michelle O’Neill, the deputy prime minister representing Sinn Fein, which is seeking to strengthen ties with the Republic of Ireland.

“We cannot flounder over the next few months without a functioning executive, and Sinn Fein will not make this easy,” McDonald said. Opinion polls suggest Sinn Fein will pass the DUP to become Northern Ireland’s biggest party for the first time.

Northern Ireland Agriculture Minister Edwin Poots, a member of the DUP, sparked the crisis on Wednesday when he ordered his staff to stop the inspections, saying they had not been authorized by the region’s power-sharing government.

Republic of Ireland Foreign Minister Simon Coveney said Poots’ decision was “effectively a breach of international law” because the protocol is part of an international treaty. The republic is a member of the EU and Northern Ireland’s border is the bloc’s only land border with the UK.

British Foreign Secretary Liz Truss was scheduled to meet virtual later Thursday with Maros Sefcovic, the EU’s chief Brexit negotiator, as the two sides try to resolve differences over implementation of the protocol. Prime Minister Boris Johnson, who negotiated the Brexit deal, has called for the protocol to be renegotiated.

Mairead McGuinness, the Irish politician who serves as European financial services commissioner, told Irish broadcaster RTE that she also planned to speak to Truss and Sefcovic later on Thursday.

“It’s very useless,” he said. “We are working tirelessly with the UK to find solutions.”