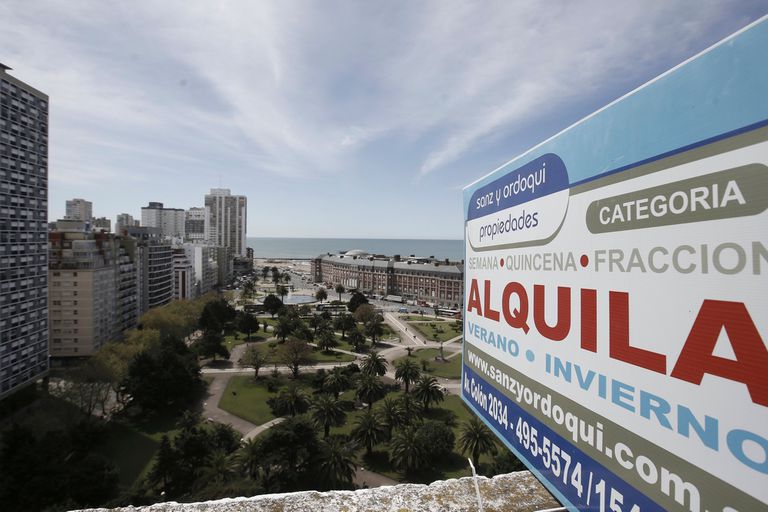 Rentals. From the real estate sector they alert the Government about “shortage” of the offer


After A start to the year without news regarding the Rental Law, this week from the Government they convened authorities of the Argentine Real Estate Chamber to discuss the concerns of the sector regarding the scarce supply of real estate for rent.

The Secretary of Domestic Trade of the Nation, Roberto Feletti, led the meeting in which it was agreed to start a round of meetings with all sectors, including owners and tenants.

During the meeting, the CIA authorities raised their concerns according to the shortage of supply of goods for rent and the oversupply of properties for sale, despite the low level of operations in this area. In this sense, Feletti expressed the need to encourage an increase in supply and stressed his concern about what he defined as “an increasingly precarious situation for tenants” due to the difficulty of accessing properties for rent.

“We were called to listen to the concerns and concerns regarding the decrease in the supply of rental properties. We raise the need to address some initiatives, such as those related to the terms of the contract time and the arbitration court, which has an impact on the cost of insurance due to access to the guarantee”, explained Alejandro Bennazar, president of the Argentine Real Estate Chamber (CIA) to LA NACION.

Bennazar was satisfied with the decision to form a work table together with owners and tenants and considered a measure “that should have been taken a long time ago”.

In addition, he said that the meeting discussed the effect of the increase in properties for sale, which generated the withdrawal of rental properties and from the agency they stated that the majority of the owners put them up for sale or for temporary rent and in this way the rental market is depleted.

On the other hand, he considered that the tourist boom also contributed in some way to the shortage of the permanent market, because it is temporary.

“There is great concern. That is why I think the initiative of bringing together the different voices is very wise. Our look is very comprehensive because it contemplates all the parties and the idea is to reach a consensus”, he pointed out.

According to Bennazar, the sectors will be summoned for the next week for the first meeting.

“I received the CIA authorities to analyze the state of the real estate market in relation to rents. We agree on the need to promote the supply of available rentals to facilitate the access of tenants to properties”, Feletti wrote on his Twitter account.

In addition to Bennazar, other representatives of the Chamber were present: Claudio Vodànovich (general secretary), Damian Caffarella (director) and Gustavo Balestrelli (director). Meanwhile, Feletti was accompanied by the undersecretary of Policies for the Internal Market, Antonio Mezmezian.