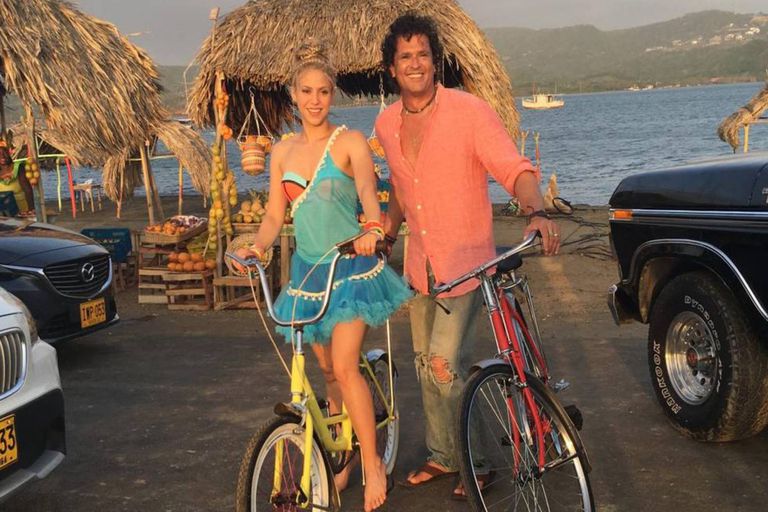 
On February 2, Shakira turned 45 years old. Between the celebration and the gifts he received to commemorate the day of his birth, it was Carlos Vives who stood out with his gift. The singer paid tribute to his friend by launching the song “Currambera”, which included a video clip. In the images, in addition to touring the places that marked the life of the Colombian in her native Barranquilla, she also his father appears. Seeing him, she couldn’t hold back her tears.

To give him the musical gift, the Colombian artist also made a broadcast on his Instagram account with the birthday girl, who she was very grateful even before knowing what the song was like. “It’s the best gift I’ve been given”, was anticipated to tell Shakira. Carlos, for his part, told him that it was a collective tribute for the representation that the singer generated in different generations. They then watched the video simultaneously.

In the series of images, Carlos is also seen touring the school that the Colombian attended. Then it appears William Mebarak Chadid, the father of the author of “Waka Waka”. There you can see the 90-year-old man sitting at a desk while using a typewriter to represent his daughter’s songwriting. That was the moment when the honoree she couldn’t hold back her tears.

Totally moved, the singer-songwriter recalled the moments of her childhood in her beloved Barranquilla. “The corners in which I grew up and dreamed of, seeing my dad there, you already killed me there, it is also a tribute to him, especially seeing the women of my land I really feel so represented in each one of themIt’s not that I represent them, but they also represent me and I’m so proud of Colombian women, of who we are,” she told her colleague.

In addition, he thanked him for choosing her as his inspiring muse and described him as a singer, a poet, a singer, a musicologist, an anthropologist and as someone who can perfectly transmit the customs of his land. For its part, Vives told her that all the work was focused on demonstrating the pride all Colombians feel for her.