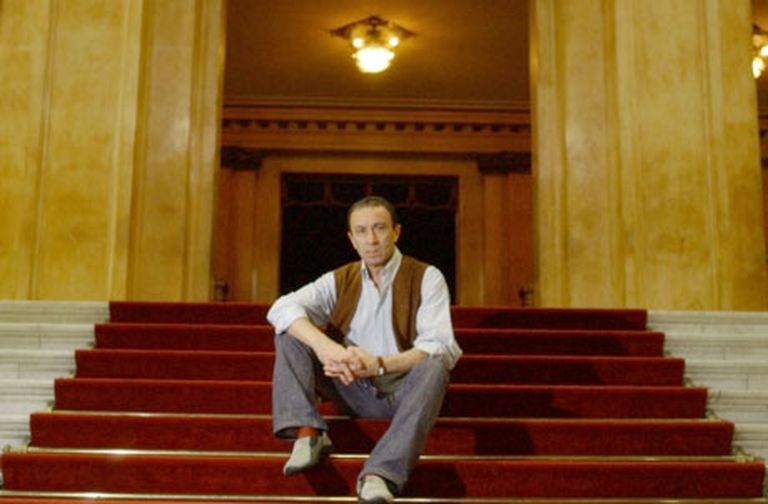 Stable Ballet of the Teatro Colón: Mario Galizzi is its new director

in their networks, published the letter he had sent to María Victoria Alcaraz, general director of the Colón, and that same day she spoke with LA NACION to explain her reasons” class=”com-link” data-reactroot=””>He spoke with LA NACION to explain his reasons. Among other issues, he spoke of “basic problems” and the difficulties of having “a corps de ballet of 100 and having 50 dance”. His claims, which took the authorities of the Colón by surprise, various readings on artistic issues of the company aroused that also led to issues related to union claims and cultural policy in relation to the management of a public theater.

With that agenda of topics open, on Wednesday afternoon there was a meeting between Paloma Herrera and the director of the Colón. At the time of that meeting, in which there was no going back in the decision of the former star of the American Ballet, the Columbus issued a brief statement that he made no reference to the “very serious problems” that the former director of the Stable Ballet had experienced. In a formal tone, after lamenting his departure, he thanked him “His selfless contribution provided throughout these years.”

That same afternoon the operation of look for a replacement to close, as quickly as possible, the abrupt departure of Paloma Herrera. And so, one day after the first statement, this afternoon the formal announcement was made that the Argentine teacher and choreographer Mario Galizzi will be the new director of the Teatro Colón Stable Ballet, beginning his third stage at the head of the company. “Its incorporation ranks the high artistic quality of the Teatro Colón,” said María Victoria Alcaraz in the press release.

For his part, the new director of the Ballet expressed: “The Teatro Colón is my home where I not only trained, but also grew as a performer, teacher and choreographer. For this reason, it is an immense happiness to continue being there to return everything that he has offered me over the years”.

Mario Galizzi trained at the Choreographic Institute of Rosario and at the Teatro Colón Higher Institute of Art. He was a member of the Ballet of the Argentine Theater of La Plata and the Contemporary Ballet of the San Martín Theater. Based in Germany, he was a member of the ballet company of the Deutsche Oper am Rhein and he was first soloist at the Hannover and Frankfurt Operas.

Upon returning to Argentina, he joined the Ballet of the Teatro Colón of which he was dancer, dance teacher, choreographer, director in two periods and artistic advisor. He created his own choreographies and revised the complete versions of Don Quixote, Giselle, Swan Lake, Sleeping Beauty, La Sylphide and the Scotsman, Raymonda Y La Bayadera. Received the Elena Smirnova Award for Best Choreography (1984) for her work Gloria, with music by Vivaldi, created for Julio Bocca and Cecilia Mengelle at the Teatro Colón; and the Diploma of Honor to the trajectory granted by the Legislature of the City of Buenos Aires.

Among many positions he was artistic director of the Ballet of the Argentine Theater of La Plata (2002/2003, 2011/2012), artistic advisor to the direction of the Teatro Colón Ballet, choreographic advisor to the SODRE National Ballet (Uruguay), regent of the Dance Career of the Higher Institute of Art of the Teatro Colón (2008/2009), director of rehearsals of the Sao Paulo Dance Company (2015/2016) and director of the National Dance Company of Mexico (2016/2018).