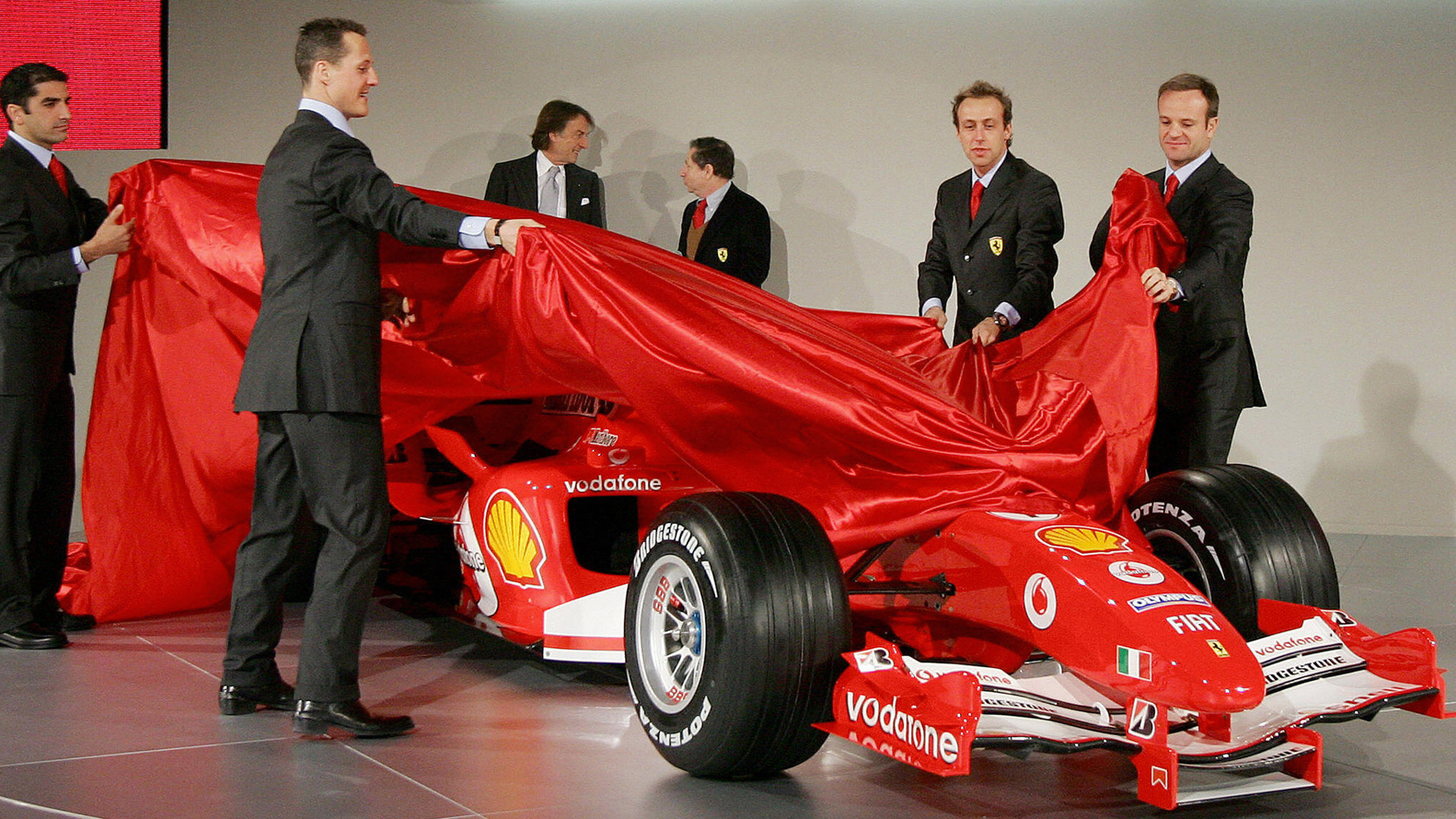 All the teams are excited about the new Formula 1 regulations because of the opportunity to do a better job than their rivals. But with the potential reward also comes risk, which means that performance levels can go down as well as up.

Many times in F1’s history, regulation changes have created the conditions for championship winners to go very wrong, leaving them playing catch-up under the new rules.

After winning four consecutive one-two finishes in the drivers’ and constructors’ championships with Sebastian Vettel between 2010 and 2013, Red Bull hit the ground running again in 2014.

Although they won three races in the Red Bull RB10, they all came on days when dominant Mercedes dropped the ball. This was a spectacular fall. It was mainly the consequence of switching from 2.4-litre V8s to 1.6-litre V6 turbo-hybrids. While Mercedes got through this change, Red Bull stumbled, mainly due to engine supplier Renault’s difficulties.

The car itself, despite rule changes that also affected the chassis, retained much of the previous year’s aero philosophy and performed well in the corners. But what it lacked was power and reliability.

During testing, Red Bull racked up just 1,063 miles in 12 days, which was partly due to engine problems, but also due to the body repeatedly catching fire. During testing, the grinding sound could usually be heard behind the closed door of the Red Bull garage.

There was a litany of engine problems, with changes needed to both the MGU-K and MGU-H, although later in the season the ERS system began to work better. The power unit package also had a high cooling requirement, and any airflow harnessed for cooling cannot be used to generate downforce.

In 2008, the McLaren versus Ferrari World Championship fight went all the way in the season finale in Brazil. Lewis Hamilton won the drivers’ title for McLaren and Ferrari took the constructors’ title, but the following year both struggled.

It was McLaren that dropped the ball in the biggest way in 2009. In the first eight races of the season, even Hamilton could only drag the MP4-24 into the top 10 in qualifying three times. Race results were slightly better, but McLaren were far behind, and not just because they missed out on the controversial double diffuser, which they introduced in its version at the fifth race of the season in Spain.

Initially, the McLaren was up to three seconds off the pace thanks to a miscalculation of achievable downforce levels under new ‘slim’ aero regulations. McLaren also retained the inwash aerodynamic philosophy, airflow between the front tyres, even though the widening of the front wing meant that outwash was the correct philosophy.

Having scored just 13 points in the first half of the season, an upgrade introduced for race nine at the Nurburgring – one that changed the endplates to remove them among other changes – transformed the car into a genuinely competitive proposition.

Hamilton was able to win in Hungary and Singapore as McLaren reclaimed third place, but time spent wallowing in the middle of the field meant there was never any chance of winning the championship.

READ MORE: 5 of the biggest surprises from F1 winter testing

Michael Schumacher y Ferrari Formula 1 domain it came to an abrupt halt in 2005, with its only victory coming at the United States Grand Prix in which only six cars entered. This was mainly due to a change in tire regulations.

The belated decision was made to ban tire changes during races (except in cases of punctures), which was bad news for the Bridgestone racers. Ferrari, which had built a close and hugely successful relationship with its tire suppliers, therefore suffered in races without pit stops.

Bridgestone preferred a stiffer sidewall construction, which led to tire temperatures that forced them to use harder compounds compared to their Michelin rivals, who had more flexible tires and therefore more grip. With a single rule change, a Ferrari strength had become a weakness, given that their rivals at the front were all running Michelin rubber.

While the tire regulations were the main problem, there were others. In an attempt to slow down, aerodynamic adjustments were also made by raising the front wing, moving the rear wing forward, lowering the height of the diffuser, and cutting the bodywork in front of the rear wheels. The diffuser change was particularly significant as it put greater emphasis on the center section and forced Ferrari to redesign its gearbox, diverting resources that could have been spent on better integrating the rear suspension with the modified diffuser.

Having contested the first two races in a converted 2004 car, the F2005 appeared at Imola and Ferrari eventually finished a distant third in the championship.

After dominating the previous two seasons, everyone expected Williams to still be the team to beat in 1994. But the ban on electronic ‘gadgets’, including traction control, active suspension and anti-lock brakes, hit Williams more than the expected.

His previous cars, the 1992 Williams FW14B and the following year’s FW15C, had been designed with active suspension. This allowed control of ride height to keep the car in a position where it would work best aerodynamically. Passive suspension meant the loss of this control and revealed problems not previously encountered.

The FW16 was an evolution of its predecessors, which was logical given that the aerodynamic regulations had not changed significantly, although refueling had been reintroduced.

But having to use the passive suspension exposed a weakness when the front wing got closer to the ground. This tilted the car forward, meaning the leading edge at the front of the sidepod was too close to the ground at times and caused what Williams aerodynamic genius Adrian Newey later described as a “violent stall and catastrophic”. The solution, once the cause of the blockage was identified, was to shorten the pontoons.

While Damon Hill almost won the drivers’ championship, the car was difficult to drive at the start of the season and only Ayrton Senna’s brilliance saw him to pole position in the first three races before his tragic death at Imola.

Michael Schumacher won the drivers’ championship for Benetton, although Williams at least saved the constructors’ title.

Cooper ruled the roost with the engine behind the driver in 1959-60 with the T51 and its successor, the T53. But designer Owen Maddock’s ‘slim’ T55 design (below), very much an evolution of its predecessor, was a well-balanced machine that simply lacked the power to be a world championship threat. This was thanks to the switch from 2.5-litre to 1.5-litre engines, which also allowed Ferrari to jump to the front with the legendary ‘Sharknose’.

Cooper had to use a four-cylinder Coventry Climax engine for much of 1961 while waiting for the new V8 version. It gave the Ferrari engine around 35bhp, a large percentage of the available power, but when the V8 showed up at the German Grand Prix, just for Jack Brabham, it was not as powerful as expected and proved unreliable.

Cooper managed just one top-three finish in the eight races of 1961, with Bruce McLaren taking third place in the four-cylinder car at Monza.

Everything you need for the 2022 Formula 1 season