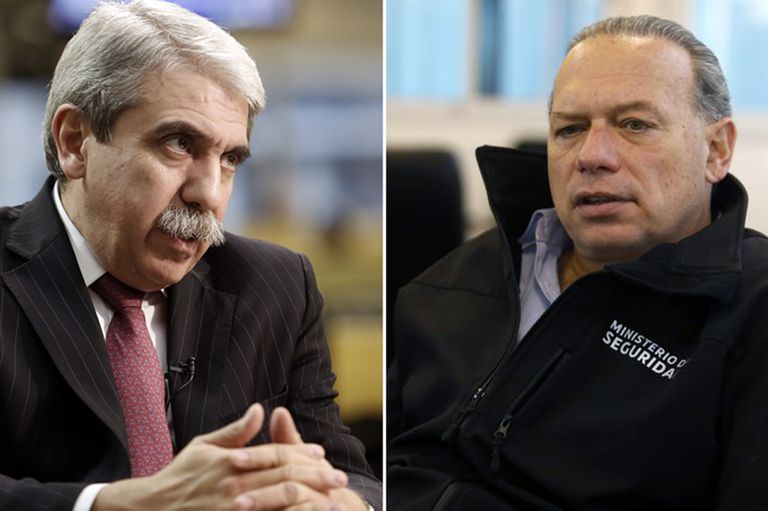 After Sergio Berni’s words, Aníbal Fernández recalled one of the 20 Peronist truths

The case of the adulterated cocaine in the Buenos Aires suburbs, which claimed the lives of at least twenty people, continues to generate political blows between two highly exposed government officials. The Minister of National Security, Hannibal Fernandez, launched an enigmatic message this afternoon after being pointed out by the head of the portfolio of the Buenos Aires forces, Sergio Berni.

“When the right, with lies, finds unsuspected partners…”Fernandez began, without pointing directly at anyone. Your message was published on your profile Twitter.

Earlier, the Buenos Aires Minister of Security, Sergio Berni, resumed his criticism against Fernández, and said that his actions in the case of adulterated cocaine “it was pathetic”.

“From my place, I have arrested the largest drug traffickers in the country. Obviously there are also opinionologists who say anything. If this time we were able to find all the drugs, it is because this drug trafficker, who was the most wanted, there was a security minister who sought him out. This had to happen for Justice to act. The boss of Los Monos was arrested for homicide, not for trafficking. And we stopped it,” Berni assured in statements to miter radio.

“If Berni was in those 24 tragic hours, it is because we are doing criminal intelligence and it is what allowed us to find this entire gang. The Aníbal Fernández thing is pathetic. After what he did (he posted a mockery on Twitter in the middle of the tragedy)… We were on the verge of a great massive catastrophe. If we hadn’t worked as we did… get to chicanear, take out the body…”, said the Buenos Aires Security Minister.

When the case of the adulterated cocaine became a topic of discussion at the national level, the Minister of Security of the Nation mocked the advice of his Buenos Aires counterpart, who had asked potential consumers to throw away the adulterated cocaine. Everything happened through a publication on the networks, which was deleted a few minutes later. Berni, for his part, attacked the official: “If you have something better to say, say it.”

Fernández had tweeted a meme showing flags from different countries along with the legend “Drug use kills” in reference to state policies. At the end of that image, the Argentine flag appears along with a different phrase: “Whoever bought drugs in the last 24 hours discard them because they are bad”, alluding to a recent phrase by Sergio Berni.

Thus, the back and forth between holders of Security portfolios adds new chapters.