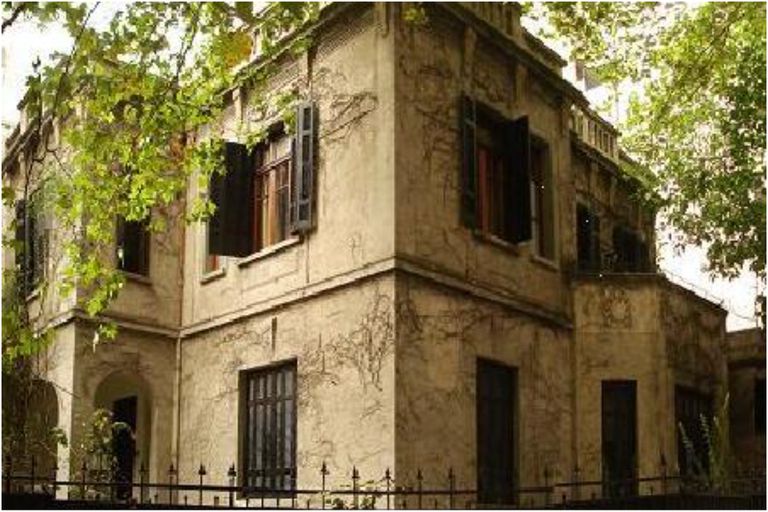 Agapes, dances and design: the captivating story of the Belgrano mansion that turned 105


The streets of Buenos Aires invite the curious to feel the desire to explore each of its corners, to get lost among the historic buildings and stop at each corner to carefully observe its charming details. In the capital of Argentina there houses that welcome inside stories of a past time, that merge and intertwine with the present. A clear example of this is matienzo house, which is located in the heart of Belgrano.

The house, located at 2596 Benjamín Matienzo Street, was completed in 1916. At first, the home went through a transition stage, since its owners were several, until it was finally acquired by Harm Böttrich and his wife Sara Isabella Sarasola, who lived there until 1947.

Bottrich was a recognized doctor of the German Hospital –son of Germanic parents – while she (of Spanish and Basque descent) dedicated her life to teaching. The marriage formed a family that, over time, began to use the imposing property as a hall for events and shows. Space is 105 years old, which are full of stories and anecdotes that are framed within a country’s golden age.

At that time, the house was characterized by having spacious and bright rooms, according to the large number of guests who used to attend the events held.

In the first moment the rooms and bathrooms were much larger than today. This decrease occurred after the death of the couple, when a subdivision was made and an attempt was made to safeguard the original style.

To this day, one of the steps of the house maintains a stage similar to that which can be found in an auditorium, which in those years was used to play theater or locate a band of friends at parties organized by the marriage.

Hundreds of people passed through the house and among the recognized characters is the director, set designer and producer Cecilio Madanes, known for founding the Caminito theater.

The main reason why several people went there is because it was very common for the owners to hold meetings where at every opportunity the sound of a violin, the voice of a tenor friend or the singing of some artist was heard. It was also customary to visit a German family that played the accordion, assembled the drums and the different instruments, and all night they did their best to get everyone to dance.

Also, the couple he received and hosted relatives who came from the countryside, also some acquaintances from Brazil and even from Europe. Birthdays, weddings and different banquets were celebrated in the spacious rooms.

The house housed not only people but friendships, loves, heartbreaks, joys, sorrows, births and even deaths. Undoubtedly, the walls of all the rooms are impregnated with memories and also with music.

Among the special spaces of the mansion is the basement, which was completely decorated by the owner, with its corresponding cellar that included a straight staircase and two small windows on the walls that allowed the flow of air and natural light.

There they celebrated more “relaxed” and fun parties, although his access was exclusively for friends with whom he had more trust. Currently remains intact with its old lanterns, vintage bottles of alcoholic beverages and paintings.

The antiquity of the furniture and its style form a very warm and particular place. Regarding its architecture, most are in the Chippendale style, a classic of the 18th and 19th centuries.

All are characterized by having a solid and solid appearance, mixed with its ample proportions that are incorporated into the elegant decoration.

The house is also full of bronze chandeliers hanging from high ceilings, some English and some Dutch.

The pitch pine floors, characterized by their reddish-brown hue, were a must for anyone with good taste back then. Today, 100 years later, remains intact thanks to its great resistance to the passage of time.

The low level It has a living-dining room with a stage and a grand piano, a living room, a gallery, a garden and a themed basement. The bedrooms They are spacious and have Antique dark wood furniture and colonial decor touches. The private bathrooms are decorated with tiled floors and some have a bathtub.

As for the operation of the site over time, it was varied. At one time it was rented as a private house, later it was a recovery center and was also chosen to shoot movies, series and advertisements.

On another occasion it was a hotel boutique It only had five rooms. the same was adapted to receive guests but an attempt was made to preserve and maintain the style and family spirit that characterized this emblematic house. Currently, it has become a Aesthetic Center that still retains the same imprint while seeking to vindicate the history of this place.

It is captivating and exciting to think about how certain spaces can be consolidated with a particular personality and style, no matter how many years go by, their undoubted uniqueness makes them places worth visiting.