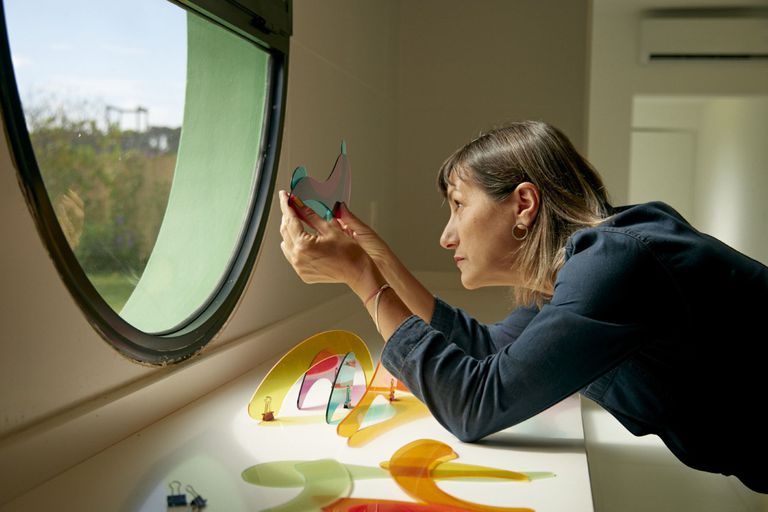 
Take yoga classes, go on excursions, visit museums and galleries, meet new people and places. Yes, all of that can be part of everyday work. it is for the artists who carry out residences, an increasingly widespread way of feeding the creative process, that managed to survive the great challenges imposed by the pandemic and even take advantage of them in its favor. And not only that: it also proved to be a pioneer of the trend towards an increasingly flexible work routine.

To the point that last year Amalia Amoedo inaugurated Casa Neptuna in Uruguay, a 139 m2 space located in the middle of the forest and near the sea, designed remotely by Edgardo Giménez in full quarantine. the brand new Ama Amoedo Artistic Residence Foundation (Faara) It has already invited two Latin American artists there at the end of 2021, selected by three curators from the region, to share “a space for research, work and creative reflection, in the form of a retreat in nature” for six weeks.

“The residence was for me a retreat in a natural environment, where I could reflect on my work and my practice, and be outside the usual rhythm of life and other concerns to allow new ideas to emerge, or settle others that were in process. A change of rhythm and environment that is always flattering for me in the artistic process”, he points out. the Argentine Marcela Sinclair, who worked on geometric compositions with watercolors and acrylics and on editing a video while living in José Ignacio with his Puerto Rican colleague Sofia Gallisa Muriente. In two weeks, Adriana Bustos and Liliana Angulo Cortes They will take the post.

The “chance economy” of artists, Sinclair points out, is a key factor in weaving this growing international network that includes residencies promoted by Bienalsur and the Biennial of Young Art; the gallery owner Ricardo Ocampo, in Pueblo Garzón, or the Miami-based Argentines Alan Faena and Jorge Pérez. “We cannot always allow ourselves this type of spatial dislocation if it is not through these initiatives,” he adds, after having participated in residencies in El Basilisco (Buenos Aires); Place to doubt (Cali) and Fountainhead (Miami). Although she recognizes that all experiences add up by allowing “being in another place, with artists from other countries, working in other contexts”, she prefers those that continue the original idea: without pressure to produce and show work within a limited time limit. .

Get out of the comfort zone

“There are many types of residencies –agrees Matías Duville, who has already carried out more than a dozen–. For me, residency is getting out of your comfort zone. Seeking to unblock a creative process by changing the city, the country, the workshop. And also from people, who make you think about work in a different way and encourage you to get out of the mold. Residence is experimenting, changing the laws of what is expected”.

In Argentina there is something for all tastes. That shows the Quincho Network, project born in a pandemic that brings together more than thirty residences from a dozen provinces. United by “an inclusive, diverse and federal common interest, which is proposed as a fabric of collaboration and cooperation”, they chose that name for its association with “a shed that protects, but which in turn has no walls, allowing the flow of entry and exit of people. As explained on the site redquincho.ar, where you can get to know each other, for Argentines the quincho “is a fraternal meeting place, with food as an excuse, something that frequently happens in the residences”, defined as “invaluable infrastructures for critical reflection, intercultural collaboration and interdisciplinary knowledge production.

Among other achievements of this teamwork is that of having managed to get Migrations to authorize the entry of artists into the country during the quarantine. And now they are going for more: “We want to activate a program of national circulation, so that each artist participates in three residences,” says Pablo Caligaris, one of its promoters.

These new links, favored by the digital tools that many of us learned to use during the pandemic, however, were not enough for some residences to maintain their physical structure. Caligaris himself is looking for a new home for his La Ira de Dios project, which worked in a shed in Villa Crespo and later stayed in the cheLA experimentation center, in Parque Patricios.

URRA, one of the pioneers in the country, also resumed the flexibility of collaborative projects after losing its headquarters in Tigre. Of course: he did not abandon his exchanges with international residences such as Gasworks and AIR-M Munich, and this week he opened an exhibition at the Quimera gallery with works by residents of Norway, Estonia and Argentina. Because artists know that borders are there to be crossed.