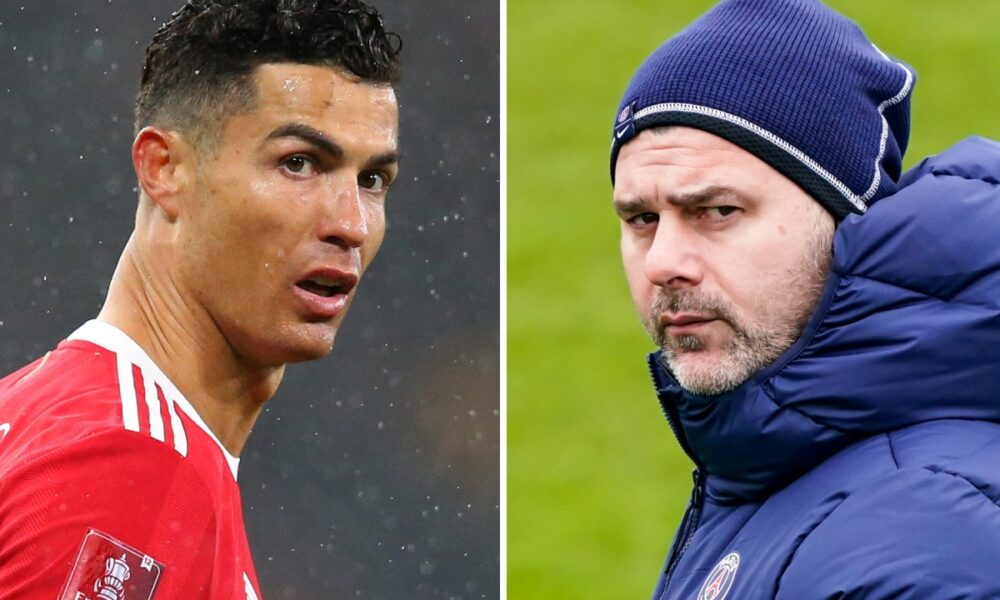 The Portuguese, who turned 37 on Saturday, is said to be disillusioned with life at Old Trafford.

According to the Mirrorhis agent Jorge Mendes could help facilitate a move to Paris Saint-Germain… with Pochettino possibly moving in the other direction.

Ronaldo has not scored a goal in his last four games, after missing a penalty in Man United’s dismal FA Cup outing against Middlesbrough.

If he fails to score against Burnley on Tuesday, he will be in the midst of his club’s worst goal drought since 2010.

A move to PSG could link him with long-time rival Lionel Messi, and the two veterans are aiming to add another Champions League medal to their collections.

He would likely replace standout Kylian Mbappe, with the 23-year-old rumored to have signed an £800,000-a-week deal with Real Madrid.

Messi and Ronaldo could play under the latter’s former Real Madrid manager Zinedine Zidane, with the Frenchman possibly being lined up to replace Pochettino.

If the former Tottenham manager fails to win the Champions League this season, PSG bosses are likely to move him.

This could lead to a move to Man United, as the Red Devils have long admired the Argentine’s work.

Pochettino, 49, will possibly be tasked with repairing the club’s fractured dressing room.

SunSport revealed this week that United have been divided over their players’ differing responses to the arrest of Mason Greenwood on suspicion of rape and assault.