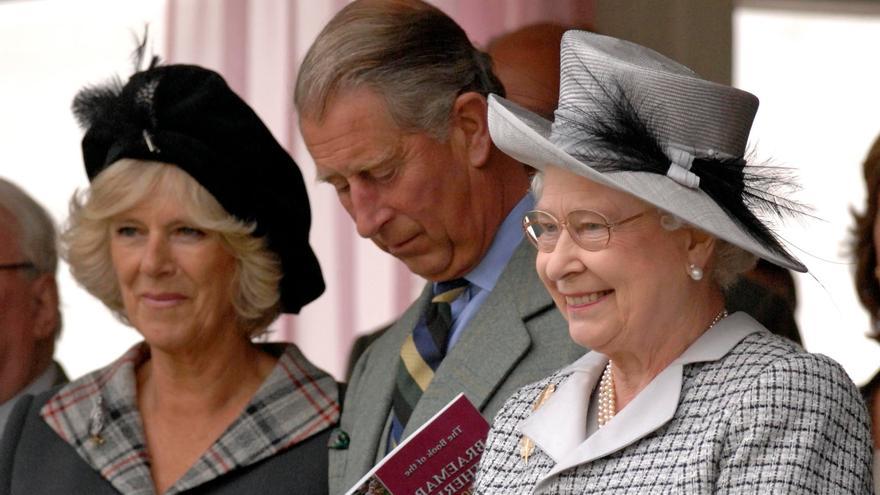 
In case anyone had any doubts, yes, Charles of England will be king and his second wife, Camilla, will be queen consort. Isabel II has inaugurated the acts of his Platinum Jubilee, a historical milestone never reached by any other British monarch (because This February 6 marks the 70th anniversary of the death of her father, King George VI, and her advent as sovereign), for redefine the future of the monarchy when she, who has already turned 95, is missing. In a letter published on the official website of the royal houseElizabeth II has expressed her “sincere wish” that the Duchess of Cornwall will be known as Queen Consort when Charles becomes King. It should be noted that the queen is the only person who can define royal titles.

This announcement, broadcast from her estate in Sandringham, Norfolk, paves the way for Camilla. Both she and the Prince of Wales have declared themselves “moved and honored” by this announcement from the queen, according to a Clarence House spokesman.

The queen’s message, marking her accession to the throne in 1952, directly addresses a question that was still up in the air about the future title of the Duchess of Cornwall. “It is my sincere wish that, when that time comes, Camilla will be known as queen consort,” the statement began.

It should be remembered that “Queen consort” It refers to the Wife Of A Ruling King, which means that her future title will be queen. Until now, there has been a different practice for the male consorts of a monarch, such as the Prince Philip or Queen Victoria’s husband, Prince Albert, who were “prince consorts” rather than “kings”.

There was uncertainty about the treatment that Camilla would receive, Well, both she and Carlos were divorced when they married in 2005 in a civil marriage. Charles had been married to Princess Diana, but they divorced in 1996, a year before she died in a car accident in Paris.

When Carlos and Camilla got married, the official intention was for her to be known as the princess consort, but those plans have been postponed in recent years.

This ad marks a 360-degree turn on the public acceptance of Camilla, long vilified for her alleged role in breaking up Charles’s marriage to Princess Diana.

Now Elizabeth II’s letter makes it clear that the obstacles to Camilla becoming queen have been removed, allowing her to play a full and literally royal role alongside Charles.

The end of the rumors

According to the ‘Dailyt Mail’, the queen’s statement “ends years of speculation” and “uncertainty” about the future role of the Duchess of Cambridge and sweeps away rumors of a possible abdication. The decision, notes the tabloid, represents “the clearest sign not only of the queen’s unwavering support for her daughter-in-law, but also proof of her enduring affection for the woman who brought happiness to her eldest sonThe Mail’s main rival Tory tabloid, ‘The Sunday Express’, reports a “Queen’s Platinum Jubilee gift to Charles”. For its part, ‘The Sunday Times’ notes that the Queen’s gesture has put end to “years of controversy and confusion” about the future role of the Duchess of Cambridge when her husband assumes the throne.”It is the first time that the queen has publicly given her opinion on a decisive issue since Carlos and Camila married in 2005,” says the newspaper.

Member of the Order of the Garter

This new support from the British sovereign is added to the one she made on New Year’s Day, when she announced that Camilla would become a member of the Order of the Garter, the highest order of chivalry.

Camilla, 74, has become increasingly involved in advocating for her own causes and interests, including those charities that support victims of domestic abuse.

In the aforementioned letter, Isabel II assures that she continues to keep “the promise of a life of public service, originally made in 1947 when she was 21 years old”

She has also reflected on how much “unselfishly” the prince philip and he thanked the goodwill shown to him by “all nationalities, religions and ages in this country.”