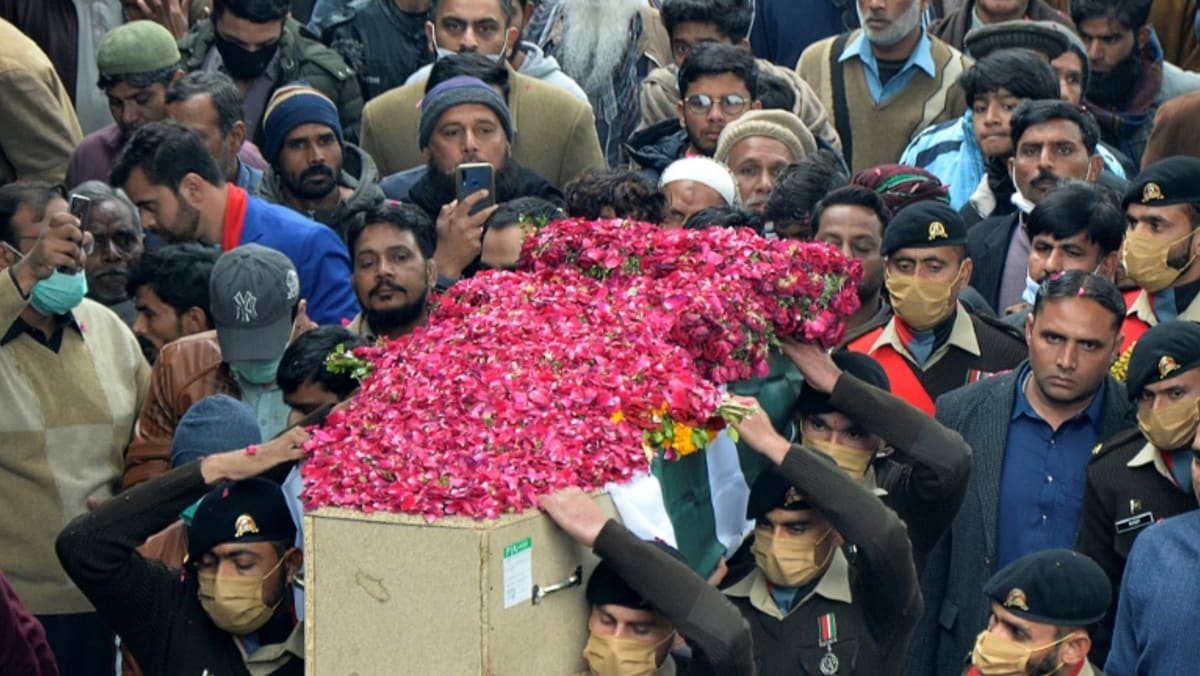 
ISLAMBAD: At least five Pakistani soldiers were killed by gunfire from neighboring Afghanistan, Islamabad said on Sunday (February 6), in an attack claimed by the Pakistani Taliban.

It comes just days after Baluch separatists in the southwest killed nine Pakistani soldiers in a series of brazen attacks that authorities say involved planners from Afghanistan and India.

After seizing power in August, Afghanistan’s Taliban promised that terror groups would not be allowed to operate from the country, but Pakistan’s militant groups have long holed up across the porous border.

They include the Tehreek-e-Taliban Pakistan (TTP), which on Sunday claimed responsibility for the attack in the Kurram district of the troubled Khyber Pakhtunkhwa province.

The TTP has been emboldened by the Taliban’s return to power in Afghanistan and has stepped up attacks since ending a month-long truce with the Pakistani government last year.

The Taliban are separate groups in both countries, but they share a common ideology and come from people living on both sides of the border.

The TTP said it killed six Pakistani soldiers in the attack on Saturday night, but the Pakistan Army’s public relations wing (ISPR) said five Border Corps members had been killed.

“The troops themselves responded appropriately,” he said, adding that “terrorists suffered heavy casualties.”

Pakistan “strongly condemns the use of Afghan soil by terrorists,” ISPR said.

The army “is determined to defend Pakistan’s borders against the threat of terrorism, and such sacrifices by our brave men further strengthen our resolve.”

It took four days until Saturday for Pakistani troops to end separatist attacks in Baluchistan province, with the army putting the final death toll at 20 militants and nine soldiers.

The ISPR said that intelligence agents intercepted communications during those raids on army posts that showed the militants had ties to Afghanistan and India.

Separatists have waged an insurgency in the vast southwestern province for years, fueled by anger that its abundant reserves of natural resources are not relieving citizens of crushing poverty.

The fighting came as Pakistani Prime Minister Imran Khan was on an official visit to China, which has invested heavily in Baluchistan, further stoking tensions.

Chinese investments in Baluchistan are part of Beijing’s Belt and Road Initiative.

A Pakistani security official told AFP on Friday that the attacks were an attempt to derail Khan’s visit to China.

The China-Pakistan Economic Corridor (CPEC) project linking China’s western Xinjiang region with Baluchistan’s strategic port of Gwadar has sparked claims that the large influx of investment is not benefiting locals.

While the economic corridor offers a lucrative gateway for China to the Indian Ocean, the safety of its workers has long been a concern.

Pakistan’s government announced late last year that it had entered into a month-long truce with the TTP, facilitated by Afghanistan’s Taliban, but that it expired on December 9 after peace talks failed to advance.

The TTP has been blamed for hundreds of suicide bombings and kidnappings across the country, and for a time it ruled vast swaths of the country’s rugged tribal belt, enforcing a radical version of Islamic law.

But after the massacre of nearly 150 children at a Peshawar school in 2014, the Pakistani army sent large numbers of troops into TTP strongholds and crushed the movement, forcing its fighters to withdraw to Afghanistan.

Earlier this week, the Afghan Taliban again insisted that foreign militant groups could not operate inside the country.

“This is our responsibility and we have made a promise,” Foreign Minister Amir Khan Muttaqi told AFP in an interview.

“We stand firm on this word, and we are working on it day and night, to strengthen our borders and our security.”