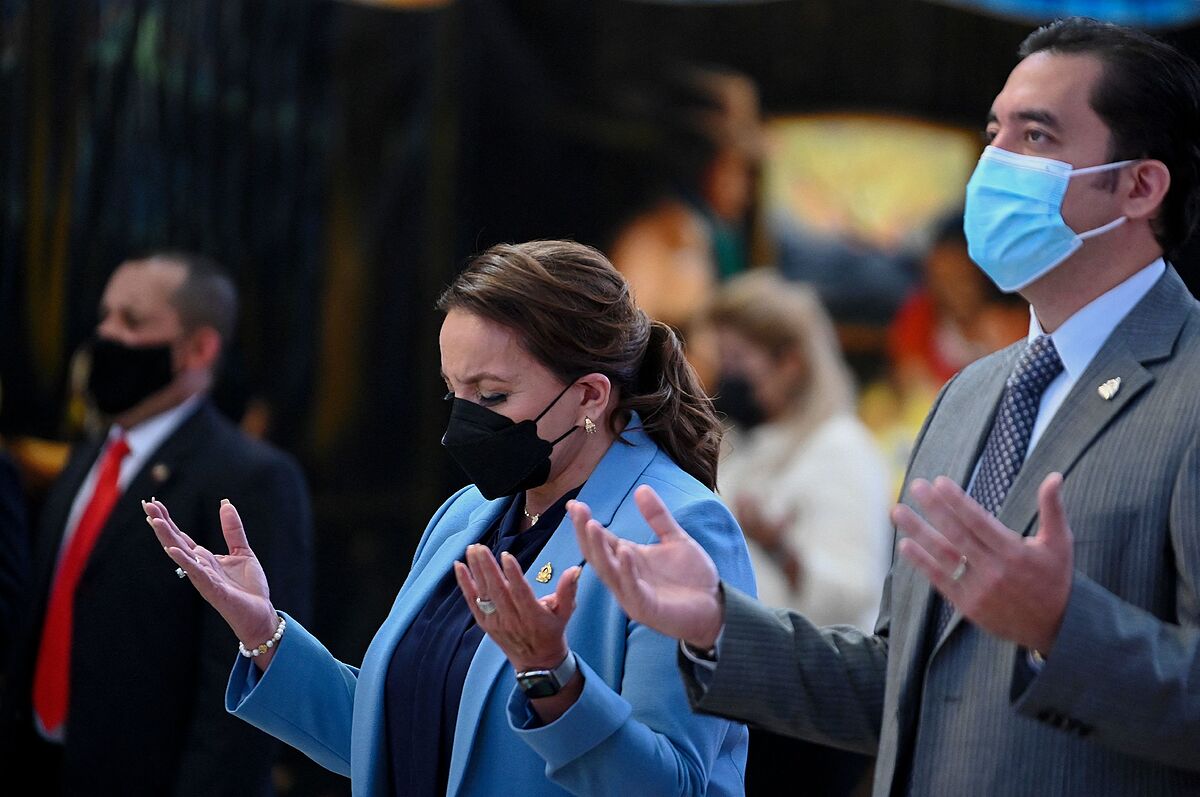 Honduras decrees the amnesty of the ‘political prisoners’ victims of the 2009 coup against Manuel Zelaya, husband of the current President


He has barely been in power for ten days in Honduras and Xiomara Castro has already managed to get Congress to approve the Amnesty Law last Wednesday for the release of “political prisoners and prisoners of conscience” who were victims of the Coup. After being enacted by Castro, this regulation was published this Saturday in the Official Gazette of Honduras, which grants “general, broad and unconditional” amnesty in favor of people against whom “public criminal action has been taken, have been prosecuted or they have been given a final sentence and are being executed before the courts of the Republic, or that they are in the process of being investigated.” However, this measure will only affect officials, employees or elected authorities during the government administration during the Government of Manuel Zelaya between January 27, 2006 and June 28, 2009 and that they were victims of the military coup d’état against the current husband of the current President of Honduras.

Thus, the Law will pardon those who are accused or criminally prosecuted for “opposing and protesting” against the coup and for acts inherent to the exercise of their public function, processes that were classified as politically motivated. The so-called ‘Law for the reconstruction of the constitutional state of law and so that events are not repeated’ also benefits those who demonstrated against the coup against Zelaya and they were “repressed by police and military actions and criminalized by the Public Ministry and the Judiciary for evidently political reasons.”

In addition, shall be released from any criminal prosecution those people who have carried out acts in defense of national sovereignty, democracy, their territories, lands, and water sources, for the benefit of their communities, and whose actions have been criminalized by justice operators “for political reasons, in a political context.” of democratic abnormality” and within the framework of a coup d’état that “imposed a repressive dictatorship to date”.

The regulations go further and specify that at least 22 criminal offenses in force since 1983 will be affected by the acquittal to which another 31 offenses of the new Code must be added, among which are abuse of authority, embezzlement of funds, fraud to the detriment of the public administration, terrorism, sedition and illicit enrichment and falsification of public and private documents.

Therefore, it orders the courts and tribunals, Public Ministry and other police, military and penitentiary dependencies, in which there are records or antecedents on persons protected by this Decree, proceed to the administrative closure of the same and the filing of the proceedings regarding the punishable acts included in this Law.

The regulation has already provoked the rejection of several sectors of the Central American country, such as the Honduran Council of Private Enterprise (COHEP) and the national anticorruption council (CNA), which brand the regulations as a “decree of impunity for those responsible for acts of corruption between 2006 and 2009.” Thus, both organizations identified a total of 68 articles that refer to different crimes with penalties ranging from 1 to 15 years in prison, which would be forgiven if the amnesty contemplated in the Decree is applied and that, “for the most part, are crimes of corruption or common crimes, that is to say, that are not related to political crimes”.

In this way, they consider it “inconceivable” that crimes against the public administration, crimes against assets or property and against freedom should be subject to amnesty, taking into account that “acts of corruption that occurred in the exercise of their duties” will go unpunished. functions and not under the coup d’état”. For this reason, they criticize that the objective of the law is none other than “to exempt from responsibility those who were involved in acts of corruption during the management of former president Manuel Zelaya“, who today has become an adviser to his wife’s new government, Xiomara Castro.

Along these lines, both COHEP and CNA warn that “precedents cannot be set that will serve as tools to provoke impunity in the country in the future,” given that, in their opinion, “decisions are being adopted that strengthen the impunity and that bring with them a climate of legal insecurity, exempting public officials from responsibility”.

However, the Law establishes the creation of the International Commission against Corruption and Impunity in Honduras, under the advice of the United Nations, which functions “independently carrying out investigations”, with emphasis on punitive actions to “frontally combat the looting of public property.” It is, therefore, an organism similar to the International Commission Against Impunity in Guatemala (CICIG), whose mandate ended on September 3, 2019, after the then President, Jimmy Morales, decided not to renew this organization that functioned in that Central American country for 10 years and that managed to jail the former president in September 2015. Otto Prez Molina, who is still in preventive detention for various cases of corruption.

POWER VACUUM IN THE LEGISLATURE

The controversial Law, which also condemns the coup against Zelaya seven months after the end of his term, it has been approved in a context of “empty in the ownership of the Legislative Power”, as reported by COHEP and the CNA, taking into account that since last January 23, the Honduran Parliament has with two boards of directors. On the one hand, the chaired by louis round, of Salvador Party of Honduras (PSH), which has the support of Xiomara Castro and that supported the approval of the Law and, on the other hand, the Board chaired by Jorge Clix, a dissident deputy from the ruling Libertad y Refundación (Libre) Party and who opposes the amnesty.

This bipolarity in Congress is due to the fact that 20 of the 50 deputies of Libre, the party of Xiomara Castro, they broke the voting discipline and, instead of supporting for the Presidency of the Legislative Chamber the candidate of the Salvador Party of Honduras, chose to vote for their own candidate Jorge Clix as head of the provisional board of directors of the Legislative, with the support of the 44 legislators of the National Party and 18 of the 22 deputies of the Liberal Party.

This caused the new President of Honduras to expel 18 of the party’s dissidents whom she called “traitors”, taking into account that two rectified and finally supported the official candidate. In a new vote, he managed to appoint louis round, of Salvador Party of Honduras, as President of the Chamber, as initially planned. However the Free party, which had 50 of the 128 members of Parliament, will now be represented by only 32, which will hinder stability in this legislature.