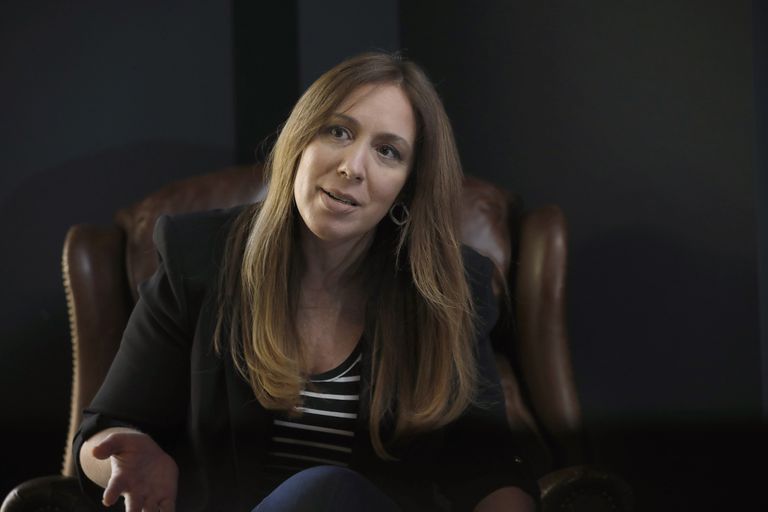 María Eugenia Vidal on the intern of Together for Change: “It should be expanded, but not piled up” Maria Eugenia Vidal spoke this afternoon about the intern of Together for Change (JxC) ahead of the 2023 presidential elections and argued that the opposition coalition “it should be expanded, but not crowded”. The national deputy for the city of Buenos Aires also referred to the announced that the government made on the agreement with the International Monetary Fund (IMF) to renegotiate the loan obtained by the administration of Mauricio Macri, to the management of security and fight against drug trafficking after the scandal of adulterated cocaine.

In that sense, the Buenos Aires deputy maintained that “the problem is that it cannot be a fight between politicians. What is at stake is the lives of our children. So, while they fight and blame each other, they don’t hold conducive or effective meetings, what they lose are lives”.

To make a contrast between his management and the current administration, Vidal said: “We, when we governed, during the four years we had a unified command with the federal forces that had a presence in the province of Buenos Aires and the forces of the Province under the command of Cristian Ritondo and Patricia Bullrich and with permanent interaction of those forces, both the Provincial Police and the federal forces that were in the Province.”

The former governor remarked that, during her government, “joint operations were carried out, we were in communication, there was a common policy where, in addition, there was a definition, which was not minor, and that is that for both Bullrich and Ritondo the security policy was to fight against drug trafficking because drug trafficking not only endangers the lives of our children, it is associated with other crimes.”

In this regard, Vidal added that “Where there is drug trafficking, robberies go up, homicides go up, fights between gangs for control of the territory go up. It is associated with other complex crimes such as kidnapping for ransom, human trafficking. It is not a crime that a State can decide to stop going and less without articulation.

Then, the deputy for JxC maintained: “This is a problem that no one can run away from. No one from the ruling party and no one from the opposition. We did our part, we fought a lot against this problem when I was governor and the results are in the statistics. Homicides fell throughout the country and in the province of Buenos Aires by 36%”.

He also emphasized some actions against drug trafficking during his government: “In the same way that there were bunkers that were demolished, guys committed to drug trafficking were imprisoned. All this did not happen by spontaneous generation, but because there was serious work behind it”.

Vidal also pointed against Axel Kicillof and said: “I think it is an ideological position in relation to security. We have a governor of the province of Buenos Aires who in two years never talked about drug trafficking, who never presented a plan. We only hear your minister speak [Berni]. It seems that security is not a relevant issue in the Province”.

In tune with the scourge of addictions, Vidal stated that “today, as a deputy, I cannot do what I did as governor. But if, for example, I work for a new Mental Health law. I have heard many cases of addiction. Mothers, with this Mental Health law, cannot hospitalize their children, because only the addict who wants to be hospitalized can do so. There are many addicts who do not have the will to do so and who put their lives at risk or may put the lives of others at risk.”

At another point in the radio interview, Vidal spoke about the announcement made by the Government about the debt renegotiation agreement with the IMF. “What deal are we talking about? We haven’t seen a piece of paper yet. The only thing we saw was the President and the Minister of Economy announcing a pre-understanding with a series of goals”, he maintained.

“They never told us what measures they are going to apply to achieve those goals, we don’t even see an official party that agrees”, said the opposition deputy and added: “It seems to me very irresponsible as an opposition to say what we are going to do if what we have in front of us is a blank piece of paper.”

On the other hand, Vidal referred to the statements of Elisa Carrió, who said: “We must accompany and discuss the debt agreement in Congress.” In this regard, the former president of Buenos Aires maintained that “I understand what Lilita’s position is” because “what she says is that Argentina cannot be led to default and we share that position. All JxC does not want Argentina in default”.

However, he did take a position on the need to reach an internal consensus before making any decision in Congress. “I think this is a discussion that needs to be given at the national PvC table. I think that first we must give an opinion with a paper that is not blank, that is written and what is the path that the Government proposes, “he said.

“I think we have liberals within JxC. Ricardo López Murphy is a sample, Martín Tetaz is a sample. I think JxC needs to be expanded, but it’s not crowding. And what is the limit? For me it’s values. Values ​​mark a field, they define who you sit with or who you don’t sit at the table with, “said Vidal when asked about the assembly of Together for Change for 2023.

Then, he referred to the conflicts within the ruling party and argued that “I am not going to get involved in the internal government. In the Frente de Todos (FdT) everyone is responsible for this management and no one can ignore it”. And he added: “Every time the campaigns come, they all appear together on the ballot, they all discuss the charges, they all share the spaces of power and they don’t resign.”

In this sense, Vidal emphasized: “Do not make us believe that there are some who think one thing and there are others who think another, because at the time of distributing the positions and asking for the votes they are always together.”

At the end of the interview, Vidal spoke about the statements made by the head of the Federal Intelligence Agency (AFI), Cristina Caamaño, who said: “Macri was practically sick of illegal espionage.” In this regard, the Buenos Aires deputy said: “It is the same one that called the march against the Supreme Court of Justice of the Nation (CSJN). It is the same one that leaked the names of many people who worked as spies and who had to be protected in their identity “.

“She is one of the founders of Legitimate Justice with which she believes that it is good to be a soldier when one is part of the Judicial Power. There is no answer for someone like that, I think it speaks for itself of who he is and what he believes. Of course, our government, that of Mauricio and mine, did not do anything illegal,” said Vidal.