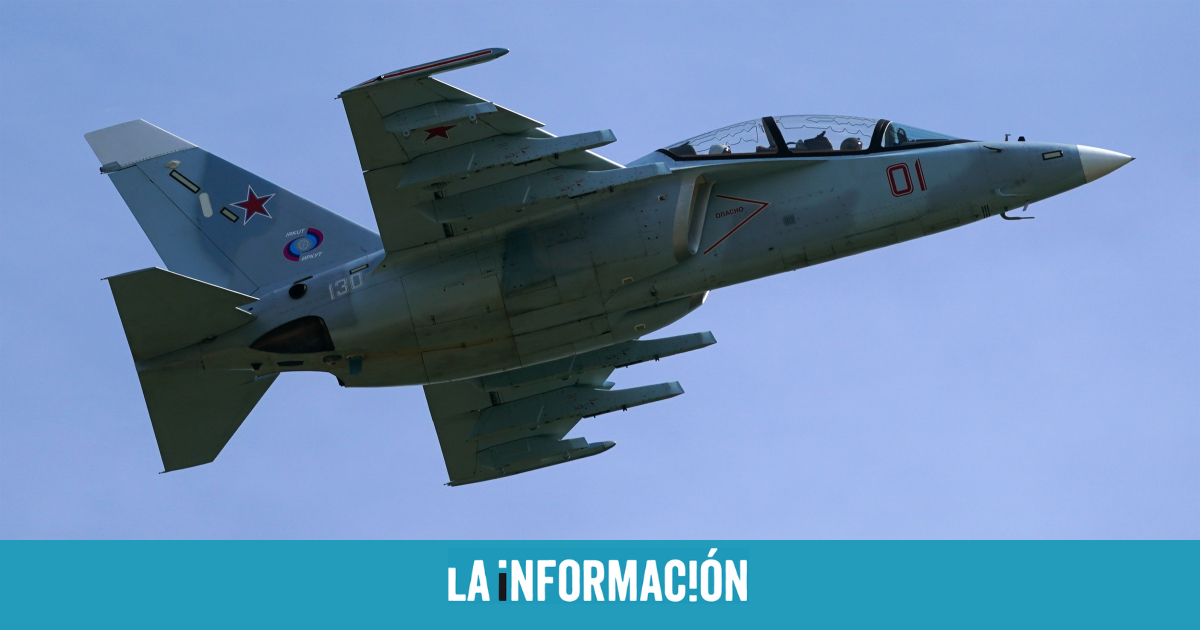 Moscow sends fighters to Minsk as US troops deploy to Poland

Russia has flown an unknown number of fighters to military airfields in Belarus for a planned military maneuver in the country in the coming days, the Defense Ministry in Moscow said. The aircraft, of the Sukhoi Su-25SM type, have traveled a distance of more than 7,000 kilometers from the Russian territory of Primorsky, in the east of the country, to the Belarusian region of Brest, in the west of the country and on the border with Ukraine, according to The Russian Defense Ministry explained in a statement.

Added to this movement are the maneuvers in Belarus, where Moscow and Minsk will carry out military exercises for ten days, from February 10 to 20, in full tension with Europe due to the repercussions for European security of the crisis in Ukraine. Some 13,000 soldiers and another 3,500 paratroopers, as well as 800 battle tanks and armored vehicles, are expected to participate in the exercises along the southern border, including the border with Ukraine.

Meanwhile, this Saturday the first US military contingent for the reinforcement of NATO positions in Europe landed in Poland, within a deployment conceived as a force in principle unrelated to the current tension in Ukraine over the accumulation of troops Russians at the border. Polish military spokesman Przemyslaw Lipczynski has confirmed to the official PAP news agency the arrival on Saturday morning of a Beechcraft C-12 Huron plane at Jasionka airport, in southeastern Poland, near Ukraine.

This Sunday the arrival of the main contingent of additional US soldiers for Poland, a total of 1,700 troops, is expected. Another 300 will be sent to Germany, while 1,000 US soldiers currently stationed there will be transferred to Romania. Pentagon spokesman John Kirby had said the purpose of the deployment is to support allies, but made it clear those troops would not stay in the region forever or fight in Ukraine. The United States had already put 8,500 troops on notice in case the Alliance needed a rapid deployment, although for now everything will be done in accordance with bilateral agreements, according to Kirby, who has wanted to separate both initiatives.

A possible conflict could cause 50,000 deaths

The Government of the United States estimates that a conflict derived from a Russian invasion in Ukraine could cause around 50,000 deaths and generate a new wave of displaced people towards central Europe, according to a series of estimates made by the White House where It also points out that the Russian forces accumulated in the vicinity of the Ukrainian border could acquire full operational capacity around February 15. Anonymous sources from the Biden Administration have provided the ‘New York Times’ with updated forecasts of the current situation on the Russian-Ukrainian border, where Russia has so far concentrated “70 percent” of the forces necessary to initiate a invasion.

The objective of the Russian Army, according to these sources, is to accumulate a minimum of 120 tactical groups of battalions (each battalion, according to the specialized website Breaking Defense, comprises around 800 troops, plus artillery). Casualty forecasts range from the 25,000 and 50,000 dead civilians, to which should be added between 5,000 and 25,000 members of the Ukrainian Army and between 3,000 and 10,000 members of the Russian Army. The conflict would cause between one and five million internally displaced persons or refugees, whose main destination would be Poland.

The Russian authorities have not yet commented on this latest information. The official position of the Kremlin is that it has no intention of carrying out an incursion into Ukrainian soil and that the accumulation of troops on the border is due to regular exercises and a measure of protection against what it perceives as an attempt by NATO to expand its bubble. of influence in Eastern Europe. Likewise, the newspaper’s sources indicate that, to date, they do not have guarantees that the President of Russia, Vladimir Putin, has decided to start this military operation.

They consider February 15 as a hypothetical invasion

As it has been anticipating in recent weeks, the White House maintains February 15 as the approximate date for the beginning of a hypothetical invasion. Around that week, the Russian Army would have completed its initial deployment and would proceed with its first advance taking advantage of the fact that the ground is frozen, thus preventing the mud from slowing down the ground divisions. In that case, the most accepted forecast is that the Russian forces, again according to these sources, would carry out a “pincer movement” from three different points — including Belarus, where there are currently 30,000 Russian soldiers stationed — and ” quickly encircle or capture” Ukraine’s capital, Kiev, and remove the country’s president, Volodymyr Zelensky.

Another hypothesis is the beginning of a war of attrition, in which Russia could try to annex the entire east of the country, up to the Dnieper River, decimating the Ukrainian troops stationed in the vicinity of the self-proclaimed republics of Donetsk and Lugansk along the way. related to Moscow. A slow operation could incite panic in western Ukraine, where resistance to Russia may be strongest, and cause people to flee the country.

All this information was provided to a group of US congressmen last Thursday by the Secretary of Defense, Lloyd J. Austin III; Secretary of State Antony J. Blinken; the director of National Intelligence Avril D. Haines, and the head of the Joint Chiefs of Staff of the United States Army, General Mark A. Milley, according to the ‘NYT’ sources. Diplomats and intelligence officials from three other countries involved in trying to dissuade a Russian invasion participated in this session — again according to the newspaper, without specifying their nationalities — who confirmed the “general lines” of the state of the Russian forces, although “they disagreed on the importance of certain elements”.