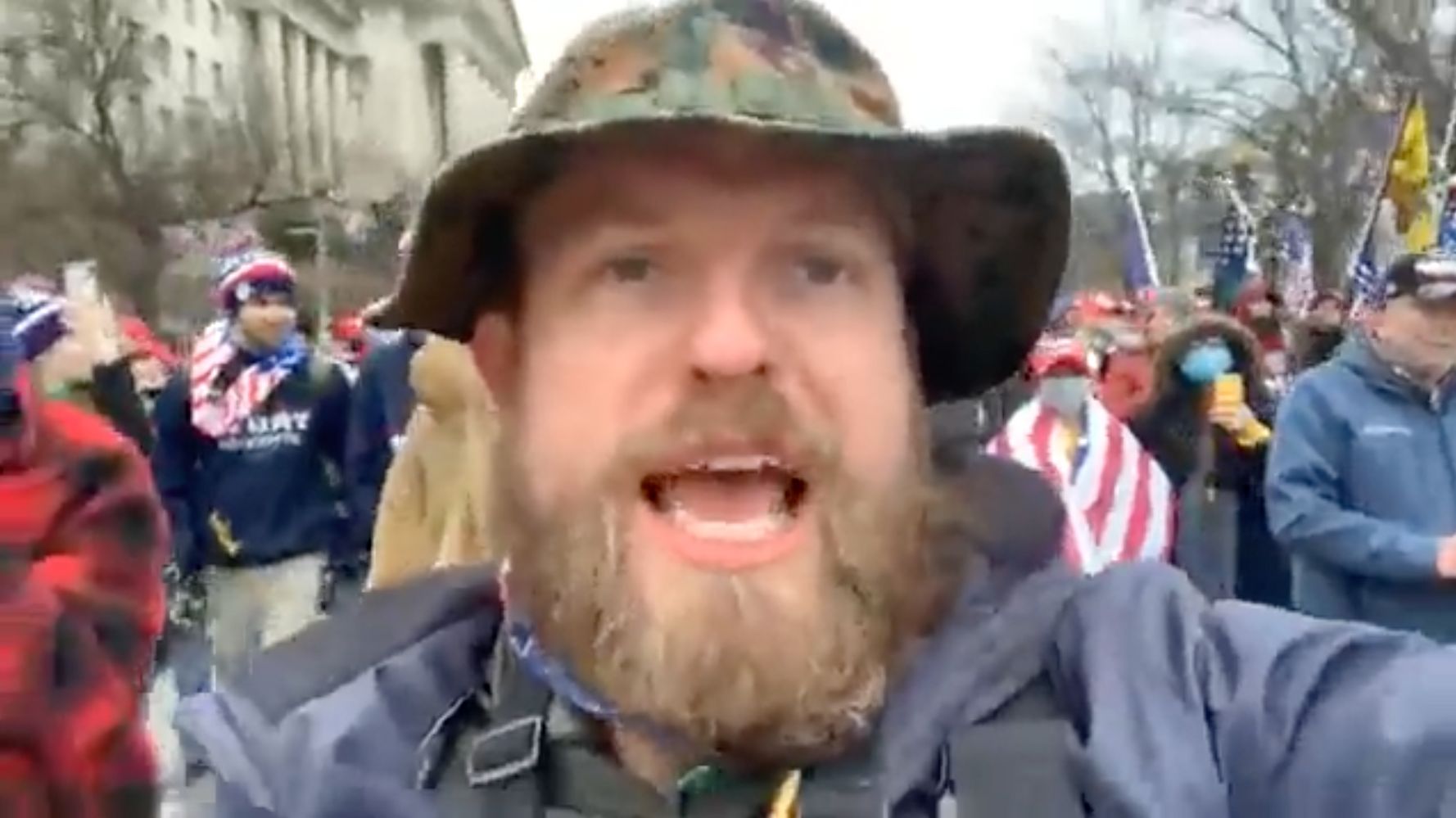 Newly released video of the January 6, 2021 attack on Capitol Hill shows a Texas man ranting about a “stolen” presidential election and calling for elected officials to be publicly assassinated.

“Cut their heads off!” yell at one point.

Its release by the Justice Department came just hours after top GOP officials issued a resolution Friday declaring that the people who stormed the Capitol had engaged in “legitimate political speech.”

The man in the video, Ryan Nichols, He was arrested in the days after the attack and pleaded guilty to all charges against him, which include assault with a crowbar and pepper spray. His case is still pending in federal court.

Nichols filmed himself speaking about Vice President Mike Pence, who was told by President Donald Trump to his supporters that he had the power to overturn the result of a presidential election during the official certification process, an idea that is false. At his “Stop the Steal” rally held just before the attack on Capitol Hill, Trump had expressed hope that Pence would carry out his orders and intervene. Pence did not.

“I’m hearing reports that Pence has relented,” Nichols says in the video. “I’m telling you if Pence gives in, we’re going to drag the motherfuckers through the streets.”

“You fucking politicians are going to get fucking drugs on the streets! Because we’re not going to let them steal our fucking shit,” he says to applause from surrounding Trump supporters.

“Cut off their heads!” Nichols says. “Republican protesters are trying to get into the House right now on Capitol Hill, that’s what I’m getting. So if that’s true, then go up there. If he voted treason, we’re going to drag his ass through the streets.” pic.twitter.com/CCggMaTFWC

“I’m telling you right now, Ryan Nichols said it: If you voted for the fucking treason, we’re going to drag your fucking ass down the street,” he exclaims, then adds, “So let’s find out, let the patriots find out what you betrayed this country!

Nichols was charged along with a friend, Alex Harkrider. Court documents show how the men posted on Facebook about their involvement in the riots.

At one point outside the Capitol, Nichols allegedly shouted a call to arms through a megaphone: “If you have a gun, you need to get your gun!”

His trial is scheduled to begin in July.