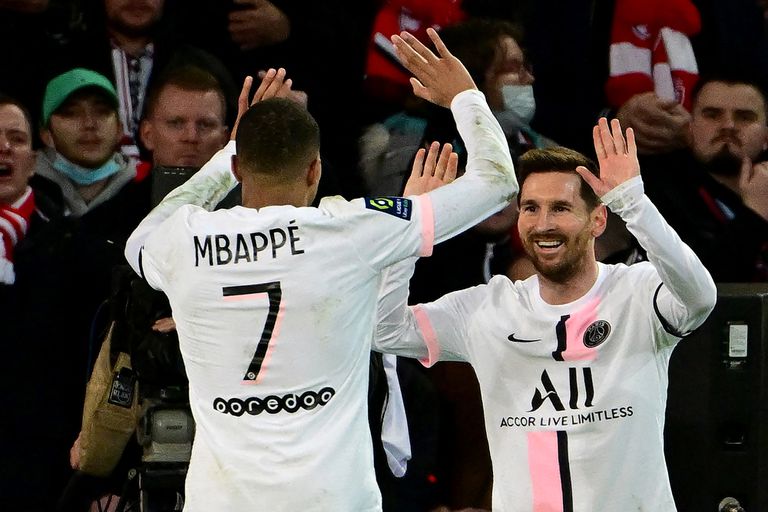 PSG thrashed: Mbappé says that the decision about his future “has not been made”, while Messi shines


The decision about whether to continue in the Paris Saint-Germain or leave that club at the end of the current season “is not taken,” he said this Sunday Kylian Mbappé, who refuses to talk to Real Madrid before the Champions League round of 16 match between the two teams. ”It is not taken. The fact of playing against Real Madrid changes a lot of things (…) I’m not going to talk to the adversary.” The 23-year-old player explained his decision to the Prime Video microphone, after the victory in Lille (5-1) on matchday 23 of the French Ligue 1.

Mbappe His current contract with PSG expires on June 30.. Since January 1 he has the right to sign with the team he wants for the next course and the name of Real Madrid, with whom the Paris team plays on February 15 in the first leg of the Champions League, has sounded insistently in recent months.

“Even though I am free to do what I want, I will not talk to the opponent. I am focused on beating Real Madrid and We’ll see what happens later.”, added Mbappé, who scored a great goal this Sunday. The French international savored PSG’s lopsided victory in Lille. ”We always want to, we want to win titles, leave a mark. We must rely on that, “he said.

Paris Saint Germain, leader of Ligue 1, had a very outstanding Lionel Messi, author of a goal, and his compatriots Ángel Di María (retired injured) and Leandro Paredes, in the goleada to the last champion. He added his third consecutive victory and distanced himself to 13 points from his immediate pursuer, Olympique de Marseille, of Santa Fe DT Jorge Sampaoli, at the close of the 23rd. date.

The Portuguese midfielder opened the scoring Danilo Pereira at 10 minutes (later he scored at 6 minutes of the second half) for the team that has 9 French championships to his credit, at 32 the French stretched the score Presnel Kimpembe, assisted by Messi. At 38 minutes, the rosarino crack completed the third, after taking advantage of an error by Croatian goalkeeper Ivo Brbic and defining masterfully, and at 22 minutes in the second half, Mbappe marked the fifth and final of the match. The Dutch defender Sven Botman discounted for the local team, 28 minutes into the first half, assisted by Hatem Ben Arfa.

Messi was able to score the fourth goal when 46 minutes into the first half he kicked a free kick that hit the crossbar. The second goal that the ´Flea´ scored today in the French Ligue 1, became the 758th conquest of his career and managed to surpass the mark that the Brazilian Pelé had of 757 annotations. A warning signal turned on Rosario Ángel Di María, who retired injured after 41 minutes of the first segment and was replaced by German midfielder Julian Draxler.

.PSG, led by the Argentine Mauricio Pochettino, was eliminated from the round of 16 of the French Cup last Monday after losing to Nice 6-5 on penalties, after drawing goalless in regulation time, in the Messi’s first game as a starter in 2022. Paris Saint Germain has injured Brazilian star Neymar, who is recovering from a sprain in his left ankle and the Argentine Mauro Icardi, who suffers from problems in his left foot, according to a dispatch from the French news agency AFP.