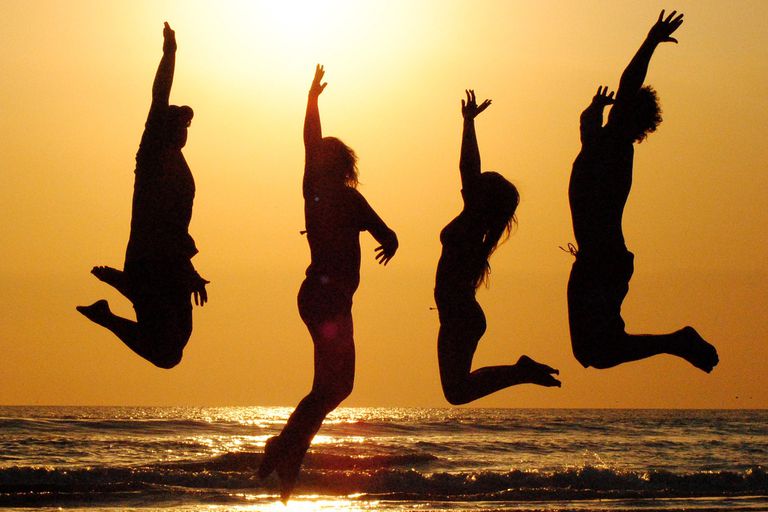 Sign of the times. Defense of Good Mood Against Indignation A few days ago someone I don’t know publicly asked me, with that nerve that social networks enable, to tell a journalist friend to stop laughing on television. Although I avoid telling anyone what to do, I replied that I could encourage myself to advise someone to stop complaining, But I find no reason to tell someone to stop smiling.

Beyond the anecdote, the message spoke of a social climate that refracts smiles and good manners and considers them incompatible with presenting news.

The anecdote occurred to me while I was spending time in another country where I had to work, deal with ordinary procedures, and do everyday shopping. There I verified that there are big cities where most of the people speak animatedly in the streets, say hello when paying the ticket or the purchase, walk carefree through the squares.

Upon returning, I rediscovered crowds with scarce smiles and a metropolis where cordial treatment almost always comes with a tune of Latin American migrants. The subversiveness of traveling reveals that the national normal is not normal elsewhere.

It is not about measuring the level of smiles in the public space from my very personal point of view, but about thinking why, for so many people, indignation has become an aspirational state that is exercised with the moral superiority of those who diagnose and disqualify others .

His expression, the complaint, generates complicity and accommodates those who express it in the place of the victim who gives lessons, always more comfortable than that of the person responsible.

The indignant complaint is, furthermore, an equalizing exercise, within the reach of both the taxi driver who expresses his fury as a release from the long day in the car, and the millionaire politician, who makes outrage at global capitalism the facade in which to hide his cabotage plutocracy.

It’s the discomfort of the overcrowded carriage exploding with a pickpocket or the delay of the train, whichever comes first, or in the queue of passengers returning from their dream vacation abroad.

The moral of a group is appreciated more in what keeps it together than in the treatment they dispense to others, Pablo Malo states in his book The Dangers of Morality. He also points out that a rule present in most philosophies and religions is to treat others as we would like to be treated.

What a strange reciprocity is that which begins with an angry rictus, with the competition to see who is more indignant.

However, anger is an intense but short-lived emotion. No one can be indignant for too long. Therefore, the negativity in the news leaves the aftertaste that the audience can not do anything about it. Now that news attention is measured in real time, it’s known that discomfort isn’t even lucrative for news because it’s one of the leading causes of news churn.

In fact, the 2021 World Happiness Study found that positive emotions are three times more prevalent than negative ones, even during the pandemic. The report found that people with high levels of social and institutional trust were happier than those who lived in less trusting environments.

Instead, joy is a feeling we would like to stay in.

In fact, the world study of happiness of 2021 found that positive emotions are three times more frequent than negative ones, even during the pandemic. The report found that people with high levels of social and institutional trust were happier than those who lived in less trusting environments. The happiest countries are also the most prosperous countries, but it would be wrong to limit happiness to a correlation with gross domestic product.

In fact, studies that attempt to determine national happiness add other factors to economics, such as social support, freedom to make life decisions, generosity, perceived corruption, and recent emotions.

Several studies confirm the benefits of high trust especially for those countries in adversity conditions, such as health problems, unemployment, low income and unsafe streets.

In other words, a positive attitude can be thought of not as a consequence of favorable social conditions but as a factor that helps to reverse the adverse ones.

Choosing hostility over friendliness is not just a matter of personal well-being: it is a choice between contributing to the fracture of the social fabric or beginning its restoration. We can lose our lives waiting for the solution of structural problems to return our smile. Or recover the joy that brings together a virtuous community where to begin the reconstruction that cannot be expected from above, because it always starts from the foundations.