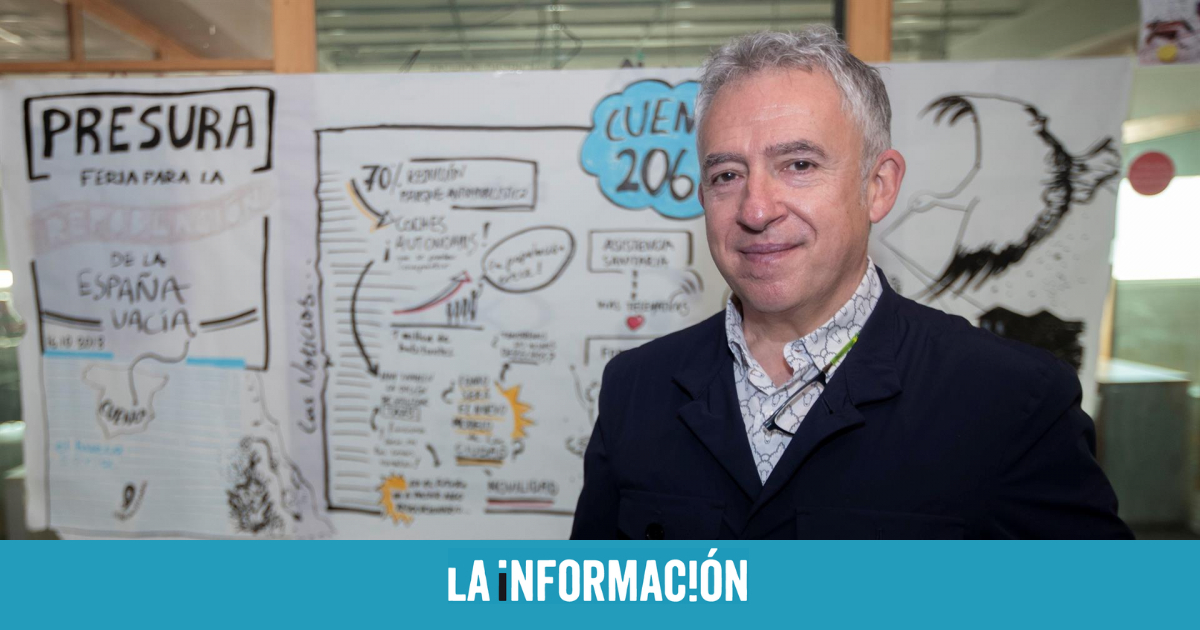 Soria ¡Ya!, vote hunters in the lands of Castile to which Netflix has not yet arrived


Soria is still ‘immersed’ in a connectivity problem that affects a large part of its territory. Some of the ‘shadows’ that they have no coverage or internet occupy the province, such as the surroundings of the Laguna Negra and the Sierra de Cebollera, Tierras Altas or the regions of Gómara and Vicarías. it’s just a brushstroke of geographical, business and political abandonment that suffers a land that, on February 13, has been called to the polls in Castilla y León to form a new regional government, to which the PP aspires with the marking of the PSOE, the brilliant growth of Vox and the doubts about the capacity resistance of Cs. And, right there is where the figure of Angel Cena, an official of the Regional Board that heads the list of the Soria ¡Ya! formation, born two decades ago and that seeks to fight against the depopulation of the province and “the forgetfulness and abandonment of the institutions towards the Sorianos”. Everything indicates that it can ring the bell.

One of the priorities of the training is to put an end to the connectivity problem that affects the 70% of the province and 85% of the population centers, which are scattered. Some surveys give those of Ceña up to three deputies, results that could give the platform the privilege of being ‘a key’ in the formation of the Executive and in the development of agreements. Ceña, graduated in Law and History from the University of Valladolid, is the visible face that seeks to represent a province that is drowning at times and that demands better infrastructures and services that keep ‘alive’ the 89,501 inhabitants who reside in the area.

The candidate for the Soriana platform is very clear about his demands: “Our priority is to improve the province’s health, health services, outsourcing. A person with cancer has to travel to Salamanca to receive treatment. It’s a beating”. The other priority objective pursued by Soria ¡Ya! is connectivity: “In these times, Internet connection is essential in all places, so that people living in rural areas can telecommute, or that the children who grow up in these towns have access to Netflix. Without quality internet, peoples cannot sustain themselves“.

A thesis signed by Salvador, from the Soria Phone operator, who explains that it is difficult to give a figure of the people affected by the problem: “There are towns in which there are only five registered inhabitants, but in which there are much more life, especially in summer”. He also tells La Información that there are municipalities with a wave connection, which in summer “triple their population” and that causes the internet to fail: “In Soria there are approximately 160 areas where only 3G reaches, and that makes it difficult for people to want to live in the villages.”

But apart from Ceña, who are the other members of the platform that attend the elections? vanessa garcia, who follows him on the lists, is also a Law graduate, works in Soria but lives in Sotillo del Rincón, a small town of less than 200 inhabitants in the province. number three is Antonio Palomar, a great connoisseur of the most hidden corners due to his profession as a health emergency technician. follows him Silvia Long, la ‘benjamina’, who is around 30 years old, also has a law degree and lives in the capital. The fifth is the engineer Fernando Arevalo, which is dedicated to insurance appraisal in Soria.

Information asks Ceña on what ideological scale would he place the formation, from 1 to 10, if 1 were extreme left and 10 extreme right: “We are transversal, we do not want to define ourselves by our ideology. The problem that Soria faces, depopulation, is solved with political projects.” The votes that will go to the formation of Soria come from the center-left sector, according to the CIS, although the PP also loses votes at the expense of Soria. Now!

Jose Pablo Ferrandiz, director of Public Opinion and Political Studies of Ipsos Spain, gives this newspaper the keys to the meteoric rise of the formation: “At the moment the voter comes, according to the data, from people closest to the sector on the left. There are more right-wing voters who vote in the regional elections of Castilla y León thinking about the national elections and therefore, the voters of the left do it more in a regional key”. Soria ¡Ya! may become the most voted force in the province: “They appear as a new force, as an alternative that channels that disaffection to the old policies. It is a similar movement (saving distances) to the 15M. That is why Podemos achieved good results in the European elections“.

According to the Electoral Law of Castilla y León, the maximum budget that a party can have during the electoral campaign is 30,000 euros. Dinner estimates that they spend 12,000 on their platform: “Our campaign is going to be very simple. We will go to give talks in the towns in the town halls where they allow us.” He explains to this medium that his party’s financing model is through private donations, which is why they have enabled a crowdfunding for it: “Right now we don’t have a quota to be part of Soria ¡Ya!, but we don’t rule it out for a future”.

According to the pre-electoral CIS, the formation from Soria would obtain between two and three prosecutors, which would transfer the Revolt of Empty Spain to the political board of the region. In Soria they would be, according to this survey, the most voted group, with an estimate of 42.3% of the votes, more than the sum of PSOE (21.1%, 1-2 prosecutors) and PP (18.9%, one seat) in this province, the one that distributes fewer seats in the Castilian and Leonese Cortes. In the last regional elections of May 2019 the five deputies representing Soria on the Board were divided between the PSOE (3) and PP (2), with a participation of 48,926 people, almost 70% of the province.

Since the regional elections of 1987, the five seats in Soria have only been distributed between the PP and PSOE, with the popular ones receiving the most votes until the last elections of 2019. In the event that Soria ¡Ya! entered the Cortes of Castilla y León It would be the first time in 35 years that the province provided a deputy who does not belong to the PP or PSOE, since the Democratic and Social Center (CDS) did it in 1987. Also, from Soria ¡Ya! they have it very clear and are planning to stand in the general election: “Of course we thought about it. In fact, the day that Mr. Mañueco called the elections, we had announced at a press conference that we would run for the next general or regional elections, and we were surprised.”