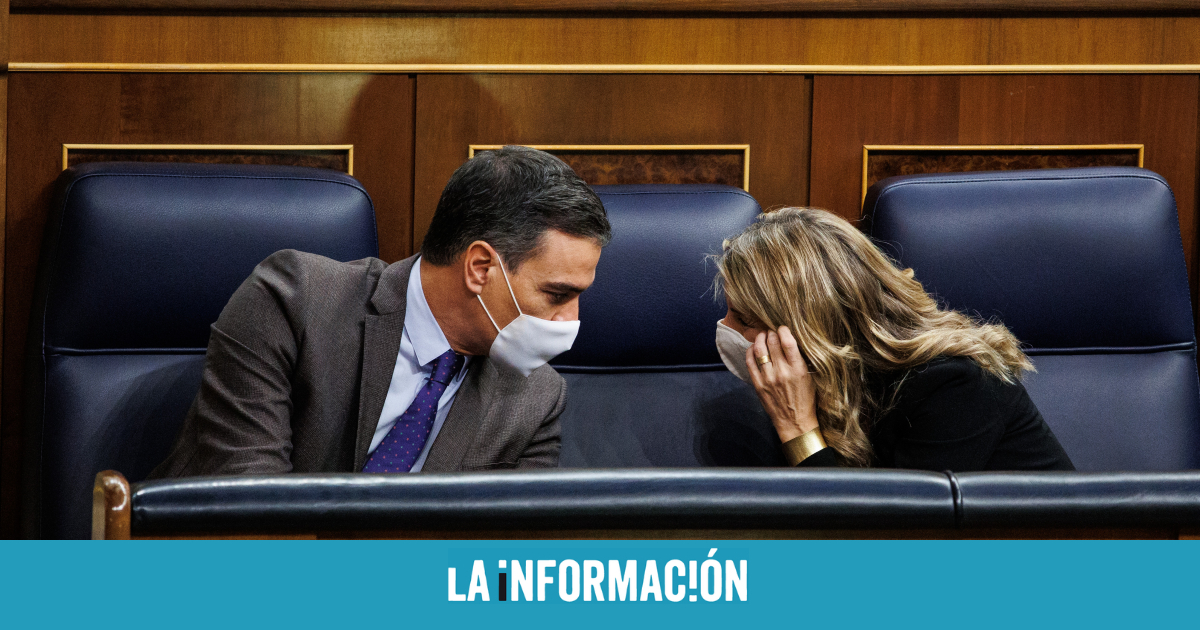 
New hack to the image of national politics, or if you prefer: new chaos in the Congress of Deputies. Not even the most intrepid Netflix writers would dare to recreate a story as absurd as the one experienced this week in the Carrera de San Jerónimo. The bad thing is that this is the palpable reflection of a political life that we can define, without risk of exaggeration, as frustrating and not very edifying (sometimes even crazy), given the continuous verbal confrontations that are experienced in parliamentary sessions. What happened during the vote on the labor reform should serve to sing orIt’s my general fault and sincere on the part of their lordships, if these lordships had a minimum of nobility and good sense, but today, that seems to be a long way off.

Beyond the political brawl, which will have its judicial tour According to what was announced by the PP, the truth is that the Government’s labor reform is a fait accompli and it will not be easy to rectify it. All this, thanks to the rudeness of two deputies of UPN who voted against the guidelines of his party, and of a popular deputy, Alberto Casero, who should have voted no, but got confused. Without a doubt, Pedro Sánchez and Pablo Casado have been portrayed in a very special way in this important reform and, paradoxically, in its final approval that had the outcome “chapucero” known to all.

The President of the Government, in his more triumphalist than realistic line, launched into approving a labor reform law -the most important after the General Budgets-, without having well controlled supports for its necessary ‘yes’, as has been seen, and without guaranteeing a safer and more reliable escape route. Instead of so much false demagogy of “we are going to repeal the PP law”, I had the obligation morality of proposing a social dialogue and a parallel political dialogue trying to convince, given that the reform was prudent and sensible, and was blessed by the bosses and the unions, the majority of the opposition parties, including the PP.

In addition, Casado should have supported her in a more strategic movement than the one applied to date, of closing in on the “no is no” as the only excuse. Without forgetting or disdaining that what he had in his hands was a ‘light’ reform that updates the version of the PP of 2012, without charging it, and avoiding in passing the propaganda announcing a real and drastic change, when it has not been. Neither one politician has risen to the occasion, and that is why Thursday’s vote ended up being a real gibberish with more wounds than virtues, with more unknowns than successes.

The President of the Government appears misplaced in the face of a reality that has been somewhat frustrated in expectations, and unprotected by his own partners

Another great victim of the session was the vice president, Yolanda Diaz, which everyone plucked like a chicken for the broth. The Minister of Labor still does not know with whom the money and the future are being played. He wanted to endorse the labor reform, even accepting that they call it ‘Díaz Reform’, and ended up being the ‘Díaz fiasco’, and putting on a ‘show’ in Barcelona while he begged everyone, including Pere Aragonès, to vote for “his” reform and not to play with things to eat. But neither ERC nor PNV nor Bildu were willing to help on an issue that did not convince or concern them and in the face of which they wanted to build social muscle by distancing of an unclear and very decaffeinated “reformita”, and incidentally giving a wake-up call to the Government. In this distancing there was another special warning for Yolanda Díaz for her excessive political role that could benefit her too much in her rise as leader of UP, something that has now become much more reduced or questioned given its public misstep.

The problem that is looming now for the coalition government is not only that of Yolanda Díaz, it also resurfaces the image blurred and somewhat frustrated of a Pedro Sánchez who has not known how to approve his labor law -he has done so due to a mistake by the PP-, despite having it “in theory” backed. The President of the Government appears out of place in the face of a reality that has been somewhat frustrated in expectations, and unprotected by his own partners -ERC, PNV and Bildu-, who have not attended the call of his ‘partner’ and they have let it be Ciudadanos with other smaller groups that came out to defend the ‘problems’ of the Executive.

However, and according to the ERC, Bildu and PNV’s own words, it does not mean that these parties are going to abandon the Government, on the contrary: “Today the world is not ending, and tomorrow we will have to continue talking because we are very aware of the alternative “said Gabriel Rufián, making it clear that they prefer to support the socialists than other possible groups such as PP or Vox. But how long can you count? Sánchez with such fickle partners, so changeable, that they have dominated a Government that does not control them but needs them? The key is not easy to solve, although today, the Government does not seem to be in danger, it will be necessary to see how much or how little desire everyone has to renew agreements, although it will also be necessary to check how change these new approaches and how the negotiation table in Catalonia is updated. Without forgetting that Pedro Sánchez has always liked to practice the mad dog strategy.

In any case, the future is volatile and very uncertain, no one can guarantee that there will be no changes, especially when the partners are not very reliable either. The President of the Government knows that he does not have a viable alternative, that he cannot rely on other political groups, that there is no “electoral reform majority” because it has been seen to be a fallacy, and that it only has the so-called “investiture majority”, the same as always, and with it it will have to stick to the end. And that’s the other key, when will the end come? Until November 2023 it does not touchIn addition, the Spanish turn of government of the EU is in June, a very sweet dish so that Sánchez does not want to take advantage of it.

Nor should we rule out, given the circumstances of these last hours, the possibility -difficult but not impossible- that the president wants to become a “Portuguese”, that is, an electoral cannon that allows his partners to break the pact, playing himself the victim and summoning to the polls with the luck that the citizens blame the partners for the mess and give confidence to Sánchez, as has happened to António Costa in Portugal. The key is to find the perfect alibi that justifies the summons, as succeeded Isabel Díaz Ayuso in Madrid, when the socialists of Murcia gave him the excuse to anticipate his elections. We will see the patience that Sánchez has with his partners, or the desire to make the victim to force ballot boxes if the political chaos looks very bad.