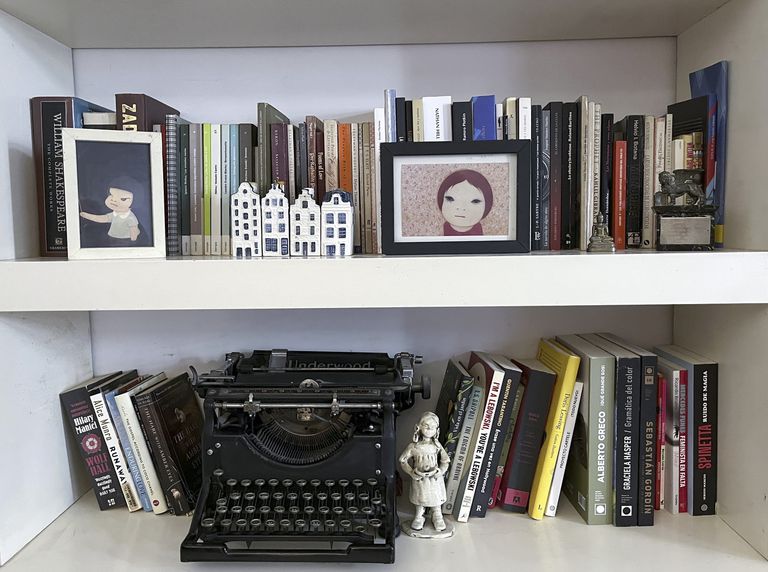 Unveiled. Black and white on paper 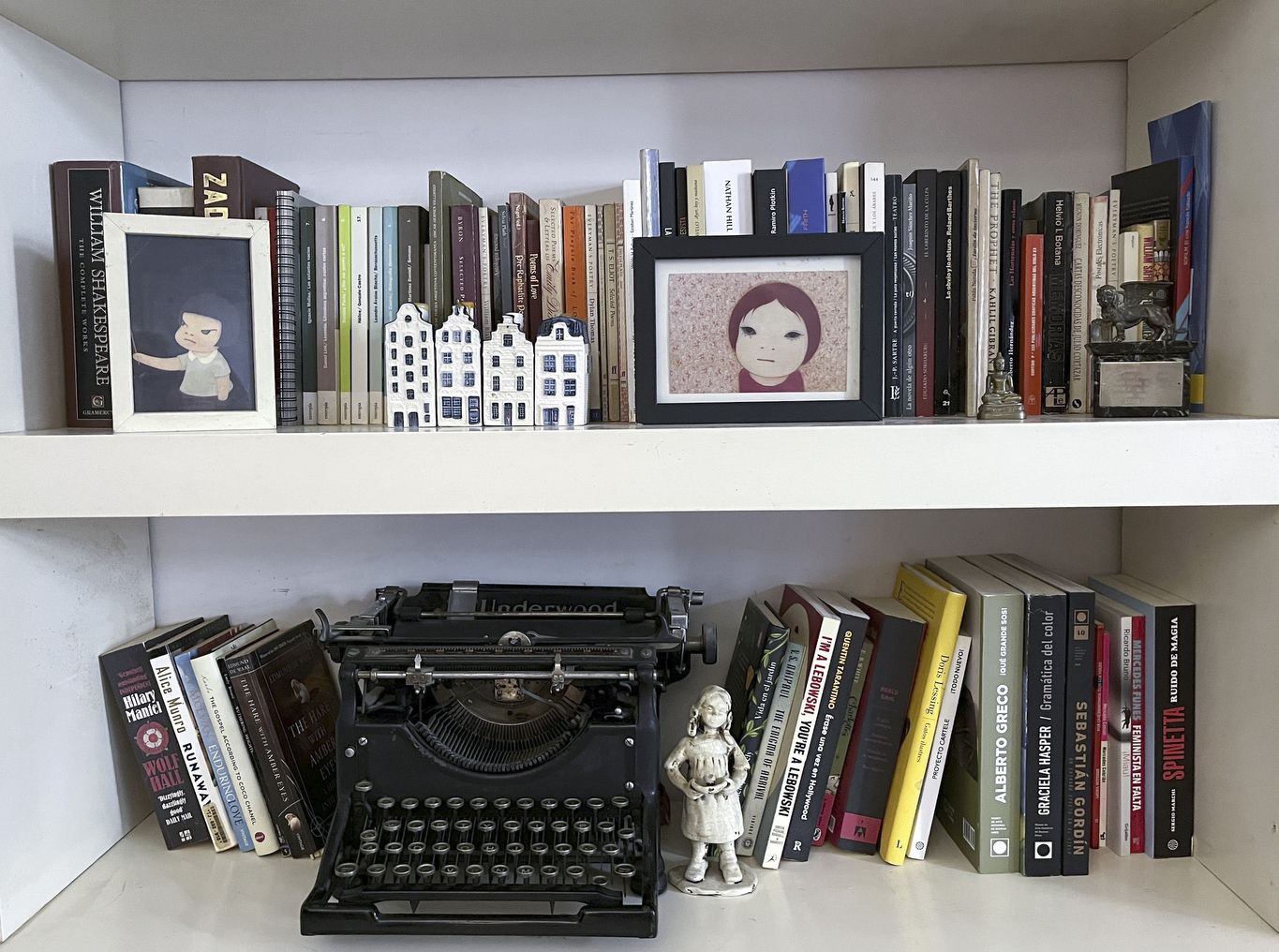 My father cries quietly on a stone bench in the Recoleta Cemetery, far behind all the people who crowd the place, both hands resting on his cane on which his forehead rests from time to time. His feet hurt and for the occasion he put on some “pitucos” shoes that his friend gave him, a blue jacket, a striped tie and surely (because I don’t remember it well anymore) an Olivos Rugby Club badge on his lapel.

He cries to himself, as some men do in public, but tears fall from his eyes that have become smaller over the years. His age, an already advanced Parkinson’s and who knows how many more ailments don’t prevent him from having a certain tango clarity to describe what’s happening to him: “my head is in a mess from so many memories”. His friend, the one who gave him the pitucos shoes, is being taken away slowly, and people begin to accompany him at a slow pace. I help him to stand up with a method that he himself taught me and it consists of pushing him from behind his head, almost the nape of his neck, as if to give him momentum. “You don’t grab me, I’ll go.” It sounds ridiculous, but it worked.

In the library of my house, a place I always go to in search of memories and ideas, there is the old Underwood typewriter used by my grandfather, Roberto Gil, Erregé as he used to sign.

In my home library, where I always go for souvenirs and ideas, is the old Underwood typewriter my grandfather used, Roberto Gil, Errege as I used to sign. Wrong He was the one who gave Corrientes “the street that never sleeps”. On that machine he wrote radio dramas, television scripts and several tango lyrics. Grandpa Tito was an absent man, from my life at least. It passed as an idea, with a vague memory of his voice and seeing him having breakfast at his dining room table. Also a photo in which I walk with only diapers and rollers of his hand through the garden. For the rest, he inherited his exact name from my father and me a sensitive father and a little wounded by life.

On Olivos street in front of the Presidential Palace that they shared in childhood, my father and his friend who gave him the pitucos shoes rode bicycles and ate my grandmother Azucena’s milanesas. I could call my uncle and ask him for anecdotes, but sometimes I like to retrieve the ones I have in my head, just as they come: they are useful and could even pass for fiction. When they grew up, that friend went to work at Ricardo de Luca’s advertising agency and asked “Don Gil” if he could use the typewriter for a while. There he wrote his first script Hugo Casares, father, son and holy spirit of Argentine advertising, our Don Draper.

A few years before his death, he and my father decided to write funeral announcements for each other that they would publish in the nation in due course when the time came. Hugo’s started like this: “In the event that I die before my friend-brother Toti (whom I baptized “Berseche”), I want to advance my goodbye to him when he leaves.” Indeed, Hugo left before my old man. Ten years before.

-Do you want me to send you to publish the notice you had written? -I volunteered.

No, it was something for us.

I think he was not encouraged. It was going to hurt too much: it’s always more real when seen in black and white, printed on paper.

The Underwood is the quintessence of what a vintage typewriter should be, as described by auction and online buying and selling sites, which I only consult for the purpose of identifying the model. It has the QWERTY keyboard that would seem like a no-brainer, given that it was in use since the early 1800s, but even then several manufacturers had been determined to modify it.

Genetics is capricious and elusive, but it is seen that in the end it sneaks in there and “unintentionally wanting to” grabs our hand and takes us for a walk in the garden.

William Burroughs they were not much of a stenographer and frequently used their friends and colleagues to type, edit and order their writing. For The Naked Lunchor he put Jack Kerouac on the keyboard at Underwood and Allen Ginsberg to put his texts in order. They edited it together. In the introduction to his first edition he thanked Kerouac for the title: “The title means exactly what the words say: Naked Lunch…a moment of frozen stillness as everyone sees what’s on the tip of every fork.”

I never wrote anything at Underwood. I barely pressed a few keys, just to listen to the metallic knocking noise and imagine the sound that was heard when my grandfather wrote. It never ceases to amaze me that this vague character who walks hand in hand through the garden in a black and white photo has bequeathed me more than just his last name, perhaps a certain love of writing short texts and, they say, a sense of humor. It may be appropriate that this machine is in my house. Genetics is capricious and elusive, but it is seen that in the end it sneaks in there and “unintentionally wanting to” grabs our hand and takes us for a walk in the garden.