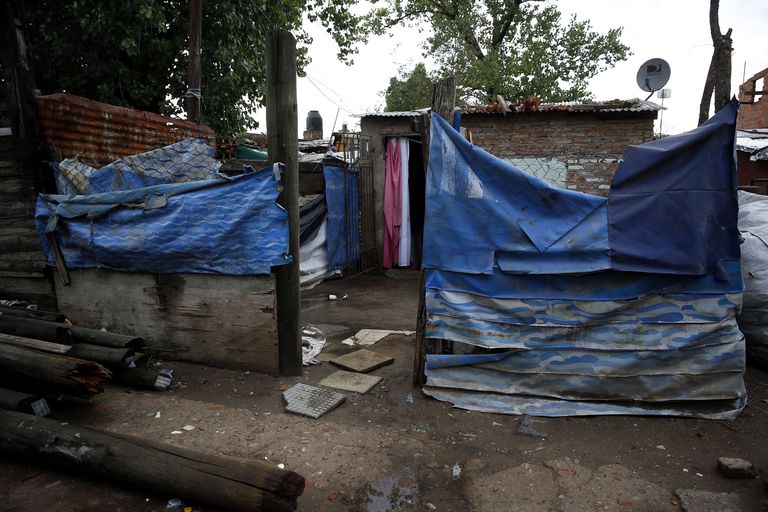 Adulterated cocaine: they ask for the urgent intervention of the federal justice to dismantle the gang that sold the drug


“Provincial and national public health is compromised in this case, since although it cannot be ensured that the lethal illicit drug is distributed in other jurisdictions, even less can it be ruled out, which makes the urgent intervention of the federal Justice in the investigation even more decisive, which has all the necessary resources, in order to dismantle the entire criminal organization. (activity limited by law for provincial justice) and stop the damage.

Thus, the Prosecutor of San Martin Raul Martinez, who is in charge of the investigation that was opened after the death of 24 people who consumed lethal doses of adulterated cocaine, substantiated his statement declining jurisdiction in favor of federal jurisdiction, made before the Judge of Guarantees of San Martín Mariano Grammático.

In the presentation, a seven-page opinion to which he had access THE NATION, Prosecutor Martínez recalled that the case began last Wednesday at 8:30 am when personnel from the 5th Tres de Febrero police station appeared at the Bocalandro hospital after being informed of the admission of several intoxicated patients after having consumed cocaine. According to testimonies, the drug had been purchased in a bunker in Puerta 8, a settlement in the Loma Hermosa area.

Shortly after, uniformed officers from the 1st police station. of Hurlingham reported that people intoxicated by consuming cocaine had died at the San Bernardino Municipal Hospital. The victims had also bought the drugs at Gate 8.

“As a consequence of the emergency procedures carried out on February 2 of this year, in the Puerta 8 neighborhood of Tres de Febrero, four people were arrested and two bulletproof vests, cash, telephones were seized. cell phones and at least 200 marijuana wrappers and 400 cocaine wrappers, which turned out to be made of pink/orange nylon, similar to those seized in the various police interventions linked to the intoxicated and deceased,” said prosecutor Martínez.

Shortly after, in emergency operations, another 3,300 doses of cocaine were seized and two other suspects were arrested. “That is to say, the plurality of interveners, of at least six people with different roles within the criminal organization, such as salesmen, custodians who officiate at security, the so-called ‘satellites’ that warn of police presence, those in charge of storage and concealment of a large amount of fractionated drug in heat-sealed nylon, They show a complex organization with an articulated structure and with superior links that participated in the elaboration, stretching and/or adulteration, fractionation, distribution and sale of highly harmful narcotic material, which goes beyond the last link in the drug trafficking chain. [por el narcomenudeo]”, said the representative of the Public Ministry.

Prosecutor Martínez explained that The law establishes that when dealing with a criminal organization [de esa envergadura], the competence is of the federal Justice.

“In this investigation, the central nucleus and causal link of the result of death is found in the very manufacture, elaboration, preparation, stretching and/or adulteration of the illicit substance, since the packages that were found in the kidnappings carried out in the places of sale and storage, plus those delivered by the victims, were already heat-sealed; being the actors involved in said process upper echelons in the chain of illegal drug trafficking. In the path described, the lethal weapon that caused the intoxications and deaths of the numerous victims is the illicit product marketed, therefore, the investigation of the homicides committed cannot be separated from federal jurisdiction”, he claimed.

In addition to the investigation carried out by prosecutor Martínez, there is already an open case in federal jurisdiction. It is a file that is processed in the Federal Court of Tres de Febrero, in charge of Juan Manuel Culotta, where a drug gang that operates in the area of ​​San Martín and Tres de Febrero is being investigated.

Last Thursday, in that investigation, and by order of Judge Culotta, several raids were carried out, after which Joaquín Aquino, alias El Paisa, alleged supplier of lethal cocaine, was arrested.

After stating that the intoxication outbreak compromises “provincial and national public health”, and assuming that it cannot be guaranteed that the lethal drug has not been distributed in other jurisdictions (in fact, in Rosario there are eight hospitalized patients with the same symptoms than the people of Buenos Aires after having consumed doses of cocaine acquired from a dealer in the southern part of that city), It was urgent to involve the federal Justice to be able to carry out an interjurisdictional investigation and try to identify if the drug had been distributed by a regional supplier, explained prosecutor Martinez.

The representative requested, then, that due to “the subjective and/or objective connection, or due to the very nature of the crimes investigated”, the case file where the death of 24 people is being investigated continues “in the Federal Criminal and Correctional Court of Morón indicated or in that of Tres de Febrero and/or in which it corresponds in turn, according to the criteria that your honor considers adopting.”