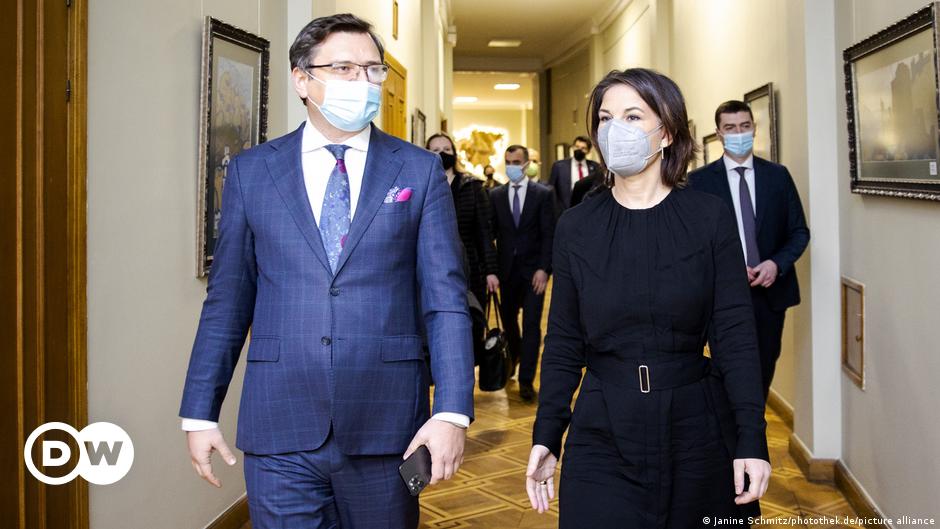 
German Foreign Minister Annalena Baerbock will visit Ukraine on Monday for the second time in just three weeks amid fears of a Russian invasion.

Ukrainian officials have repeatedly expressed frustration at Germany’s refusal to sell weapons to Ukraine, as well as preventing other countries from doing the same.

What’s on Baerbock’s agenda in Ukraine?

The foreign minister will meet with Ukrainian President Volodymyr Zelenskyy and his Ukrainian counterpart Dmytro Kuleba, with the issue of arms exports expected to play a key role.

You are expected to visit a memorial to those who died during the deadly famine in the 1930s before visiting a German-funded military hospital. On Tuesday he will go to eastern Ukraine and to the front lines between Russian-backed separatists and Ukrainian soldiers.

Baerbock’s last visit was part of a two-day tour of Kiev and Moscow. During that trip, he also upheld the German government’s line of not selling weapons to so-called crisis regions.

Kiev has asked its Western partners, including Germany, for a range of weapons, including anti-aircraft systems, anti-drone weapons, night vision equipment, surveillance cameras and ammunition.

The Ukrainian embassy in Berlin said that what it is asking for is a “weapons system of a defensive nature”.

Russia expert Stefan Meister of the German Council on Foreign Relations told DW on Monday why he thinks the talks in Kiev are important. He says Baerbock’s visit shows that “Germany and the European Union are more active in this conflict.”

“So it depends not only on the United States, but on European security. And also to show unity with the smaller countries, especially in Central and Eastern Europe,” said Meister.

What are the latest diplomatic developments regarding Ukraine?

Germany and France have pushed for a return to the format of Normandy discussions that first took place in 2014 when Russia occupied Ukraine’s Crimean peninsula. These are talks between the Russian, Ukrainian, German and French delegations.

Baerbock’s return to Kiev comes on the same day that German Chancellor Olaf Scholz makes his inaugural visit as German leader to the White House, where he will discuss the situation in Ukraine with US President Joe Biden.

French President Emmanuel Macron is also headed to Moscow to meet Russian President Vladimir Putin in a bid to de-escalate tensions with the West.

The objective of the various diplomatic visits to Kiev, Washington and Moscow is to negotiate a way out of a possible armed conflict in Ukraine.