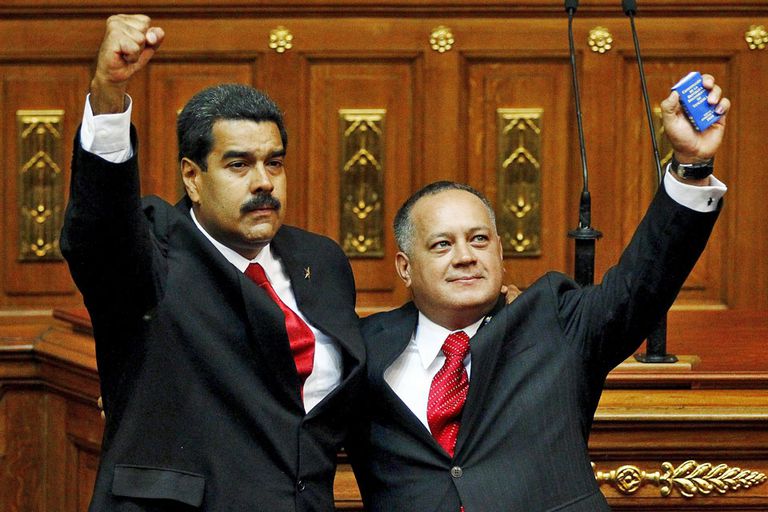 Onslaught of Chavismo: The headquarters of the main opposition newspaper in Venezuela is handed over to Diosdado Cabello


CARACAS.- In a irregular and clandestine judicial auction, carried out in contravention of all the procedural rules that Venezuelan law requires to be complied with to carry out this type of act, the Third Civil, Commercial, Transit and Banking Court of First Instance of the Metropolitan Area of ​​Caracas, by Judge Lisbeth del Carmen Amoroso Hidrobo, last January 27, directly awarded him ownership of the headquarters of The National and the lots of land on which it is built, to Diosdado Cabello Rondón.

The magistrate is the sister of the auditor general of Nicholas Maduro, Elvis Amoroso Hidrobo, and executed the maneuver without having regularly published the auction posters in which the day, time and minimum amount for the interested parties to make their offers must be publicly reported, with their backs to The National and his judicial representative, and without the presence of any witness but only the plaintiff’s attorney, Alejandro Castillo Soto.

With this illegal adjudication, which due to the irregular manner in which it was carried out, could well be described as “judicial robbery”, completes part of the sentence imposed on the last opposition newspaper to the Maduro regime, for the alleged moral damages caused, when in the legitimate exercise of its investigative journalism the newspaper transcribed an article from the Spanish newspaper ABC where it was stated that US officials were investigating Cabello for alleged links to drug trafficking.

Note that the defamation trial for the published note never advanced, they did not even attach the clipping of the news that appeared in ABC, and they never took into account that Based on this investigation, the DEA established a reward of 10 million dollars for the person who collaborates with the capture of Cabello.

It is noteworthy that the initial compensation against The National, which had been agreed in favor of Cabello and he had accepted, consequently remaining firm and with res judicata value, since 2018, for the amount of 10,000 sovereign bolívares, today 0.1 digital bolívares, was untimely modified, as consequence of an unfounded ruling by the Civil Cassation Chamber of the Supreme Court of Justice, which transformed the amount of the final sentence into the improbable and unusual figure of 237,000 petros, which at the exchange rate of the moment was equivalent to 13 million dollars, which, suspiciously, happened, just at the moment that Cabello was appointed president of the special commission for the conduct of the judicial revolution in the entire Venezuelan justice system.

Thus the dispossession or judicial outburst that is the victim of its natural seat is specified The National, litigating against Cabello, right in the court of the sister of the comptroller general of the Republic, all to defend the truth.