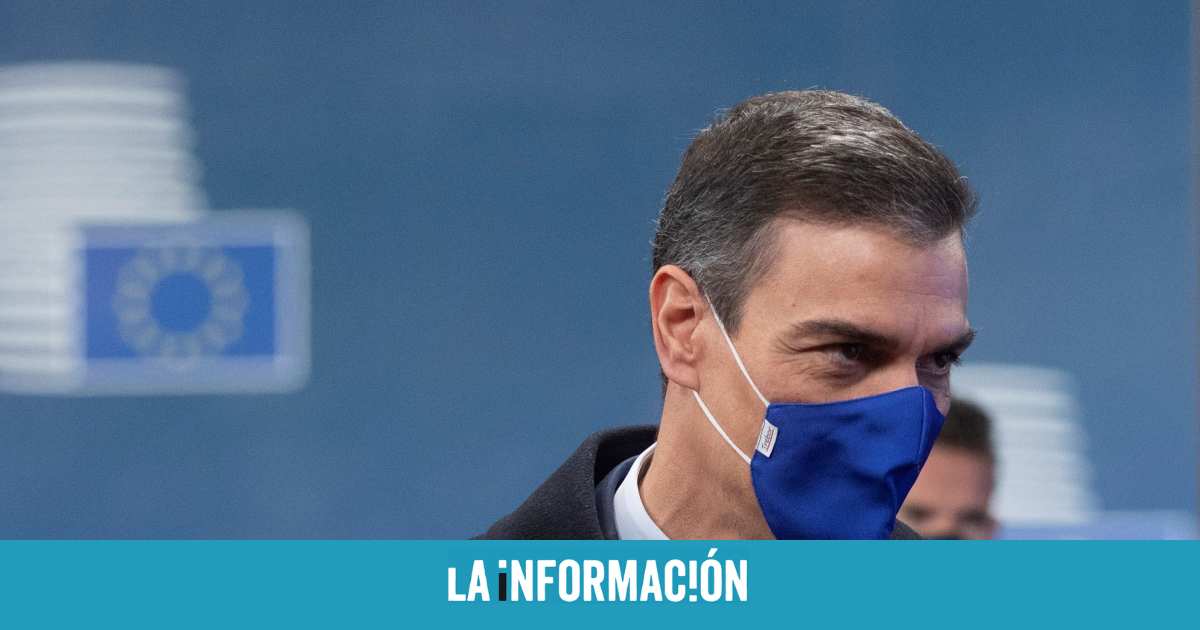 
A milestone achieved with Brussels. The labor reform, committed to in the Recovery Plan, was approved on time, before the end of 2021, although it was pending validation in the Congress of Deputies. The Government managed this Thursday, in a heart attack vote and with a final carom, to bring together a sufficient majority to carry it forward and the European Commission has taken note. In the coming weeks, it will deliver a verdict on the standard, which will undergo a thorough evaluation. And it will be then when the Executive requests the second tranche of funds of up to €12 billion that depend on this standard. The Spanish State was expected to request this money from the Belgian capital last January, but it delayed the request until it had the ‘yes’ of the majority of Parliament to the royal decree law.

“We will carefully evaluate the details of the reform of the Spanish labor market in due time, when it is approved in Parliament,” sources from the European Commission recently commented to La Información. The moment has arrived. The Congress of Deputies has validated the norm agreed upon with the employers’ association and the unions, a pact in the field of social dialogue that Brussels also values ​​positively: “The Commission welcomes with satisfaction the agreement reached between the Spanish Government, the unions and the business associations on labor market reform, which is a good illustration of how to involve the social partners in the implementation of the Recovery Plan,” added an EC spokesman.

In Moncloa they are satisfied with having managed to push through a “vital law” of the legislature and government sources boast that “the capacity for agreement in Congress is strengthened”. The President, Pedro Sánchez, has managed to approve the reform with a unprecedented majority that brings him closer to the center of the political board and distances him from the independentistas, and it has done so without touching a comma of the agreement reached with the social partners. “It’s a good photo for the Commission”, comment Government sources who admit that the ideal would have been to bring together a larger majority, but they boast of the formula of variable geometry in the face of Yolanda Díaz’s closedness to try, without success, to attract to the investiture partners.

“The preliminary assessment of the European Commission on the Spanish labor reform is positive”, recently pointed out the economic vice president, Nadia Calvin, from Brussels, after the celebration of the first Eurogroup meeting of the year. However, now the real test begins. The European authorities will evaluate the text in detail in the coming weeks and check whether it actually meets the requirements committed to in the framework of the Recovery Plan. And only if the result is positive will it disburse the second tranche of funds, the largest, of 12,000 million euros, which the Government will have to have previously requested.

Do not touch a comma of the agreement reached with the social agents It was not just a demand from the bosses and the unions. As revealed in these pages, the regulation of the Recovery and Resilience Mechanism establishes that, once the milestones and objectives have been achieved, the states must request payment from the Commission, which will evaluate compliance with them, assuming that they have not been ” revoked measures related to previously satisfactorily met milestones and objectives” and if any non-compliance is observed, “the payment of all or part of the financial contribution and, where appropriate, of the loan will be suspended”. That is to say, that if the Government had introduced modifications to the royal decree law approved in December 2021, at which time the milestone was considered fulfilled, it would have played to plug the tap of European funds.

The exam in Brussels will be demanding. Regarding the content of the standard, in principle, there should be no problems, because it complies with the commitments made in the contract signed with the Commission and does not repeal core aspects of the 2012 labor reform, which was applauded by the European authorities and which they continue to defend today. But regarding the ways in which the Government has carried it out, it remains to be seen if there could be any problem from the Belgian capital. Brussels demands that the reforms be put together with the greatest possible consensus so that they are lasting and guarantee the stability and certainty of the country, and although it has the support of social dialogue, it has gone ahead in Congress by only one vote and with scandal included on the legitimacy of the vote.

The rejection of the investiture block (ERC, PNV and Bildu) to the reform agreed with the employers and the unions forced the Government to seek alternative support, including that of Ciudadanos. The Executive faced the vote with a tied majority that was already adjusted from the start (it had 176 ‘yeses’ versus 173 ‘noes’), but, in an unprecedented catastrophe, two UPN deputies skipped the voting discipline and they went to the ‘no’ and one of the PP got confused in the telematic vote and joined the ‘yes’ block. Finally, the royal decree law went ahead by 175 compared to 174, a result that is not exactly a guarantee of consensus. Let us remember that the labor reform of the PP, although it did not pass the social dialogue filter, was approved with 197 votes in favor and 142 against, with a margin of 55 votes.