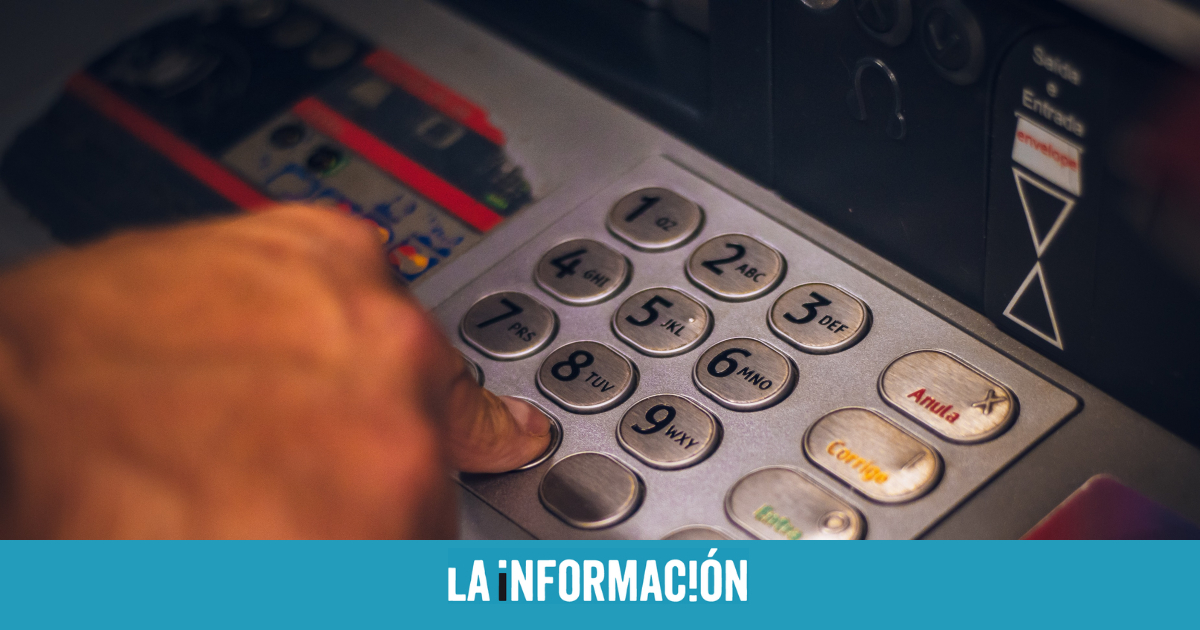 
The financial exclusion suffered by the elderly is not something new. This problem has been happening in Spain for years, sponsored by the boom in digitization and the massive cut in offices and personnel that began in 2008, with special incidence in less populated areas. However, it has not been until now, thanks to the 78-year-old Valencian, Carlos San Juan, -driver of the ‘I’m older, not an idiot’ campaign on Change.org- when this issue has transcended at all levels. Thus, from the Popular Party (PP) they have registered in the Congress of Deputies a non-law proposal (PNL) that focuses the debate on guaranteeing physical banking service as a “basic and universal service” and establish an agreement between financial entities and Correos that allows the postal company to supply these deficiencies in the regions of empty Spain.

The document to which La Información has had access “urges” the coalition government to carry out these two proposals with which, de facto, ‘would kill two birds with one stone’. By law, correspondence is considered a compulsory service that the population has the right to receive. Therefore, signing a agreement between the financial sector and the public company that manages it in Spain would facilitate access to their money to groups “that are at clear risk of financial and social exclusion” in those municipalities with less than 5,000 inhabitants, thus ensuring that bank assistance is fulfilled. “Service to bank users has evolved from face-to-face, by telephone, by mail, to customer service preferably digital for most procedures, which has produced an insurmountable digital divide for analog users without digital skills”, they argue from the main opposition party.

The initiative presented by the spokesperson for the popular group in the Lower House, Cuca Gamarra; consumer spokesperson, Carmen Riolobos; and the third vice president of Congress, Ana Pastor Julian, among others, highlights that the Government “must” ensure that the physical banking service reaches the entire population, as well as that post office or telecommunications. “Banking services are essential services for all Spanish citizens of legal age, essential to collect, pay, buy, sell, invest and, at least, while the transition to digitization accessible and comprehensive for the entire population, it should be considered a basic and universal service”, they add from the PP.

At the present time there are initiatives with which to bridge the digital divide in rural areas with buses that come weekly or through alliances with town halls or the Post Office. The novelty in the case of the recently presented initiative comes to suppose that this should be fulfilled by law, once it was declared “universal” service,

“Go to the cashier to carry out that management”, “check the balance of your account in the application” or “This procedure is done through the Internet.” are some of the most common answers that many people receive every day when they go to the office, turning banking procedures into a real nightmare for a generation that reached adulthood when analog mechanisms still ruled. The popular put the accent on the “technological frontier or wall” and the effects of the digitization process for the third and fourth age, as well as the “obstacles” imposed by the banks in the physical procedures, as the main deficiencies to be corrected.

The approach occurs in a context marked by the ‘bleeding’ of the workforce of banks at the national level, which have experienced a contraction almost 40% between the period 2008 and 2021, in line with the decrease in the number of Offices (54.2%) and of cashiers (22.1%), according to data from the Association of Financial Users (Asufin), an organization from which they translate these figures into a “drastic decrease in all elements related to personalized attention.” This situation is aggravated in certain rural areas, where the exodus of the entities occurred almost at the same time as that of the younger population segments.

With the hackneyed dilemma of whether it was the chicken or the egg before, the contraction of banking capillarity in Spain was unleashed with the outbreak of the previous economic crisis and its extension over time represents an epidemic silent product of the narrow profit margins left by the low interest rates. Financial sources assure this medium that before the merger between Bankia and CaixaBank, these two were precisely the ones with the greatest physical presence in the most depopulated regions, so their union has accentuated the vulnerability in those parts of the country. A blow to its inhabitants and that the cited source calls it an “error” for what it means to abandon these demographic nuclei.

Since the controversy broke out, the First Vice President of the Government and Minister of Economic Affairs and Digital Transformation, Nadia Calvin, has been one of the main voices that have spoken on the matter. Specifically, this Friday Calviño advanced that the Executive is working on the development of an action plan that helps put land in the middle and responds to the needs of people over 65, a project that will be presented within a month. The same sources specify that they are mere “financial education programs”, but that they will not have “any specific physical reinforcement” and that the announcement of any performance will end on a dead letter. In any case, he points out that “there is a need to rush things” and warns that the initiatives will have to be closely followed, due to the “butterfly effect” that they could trigger.