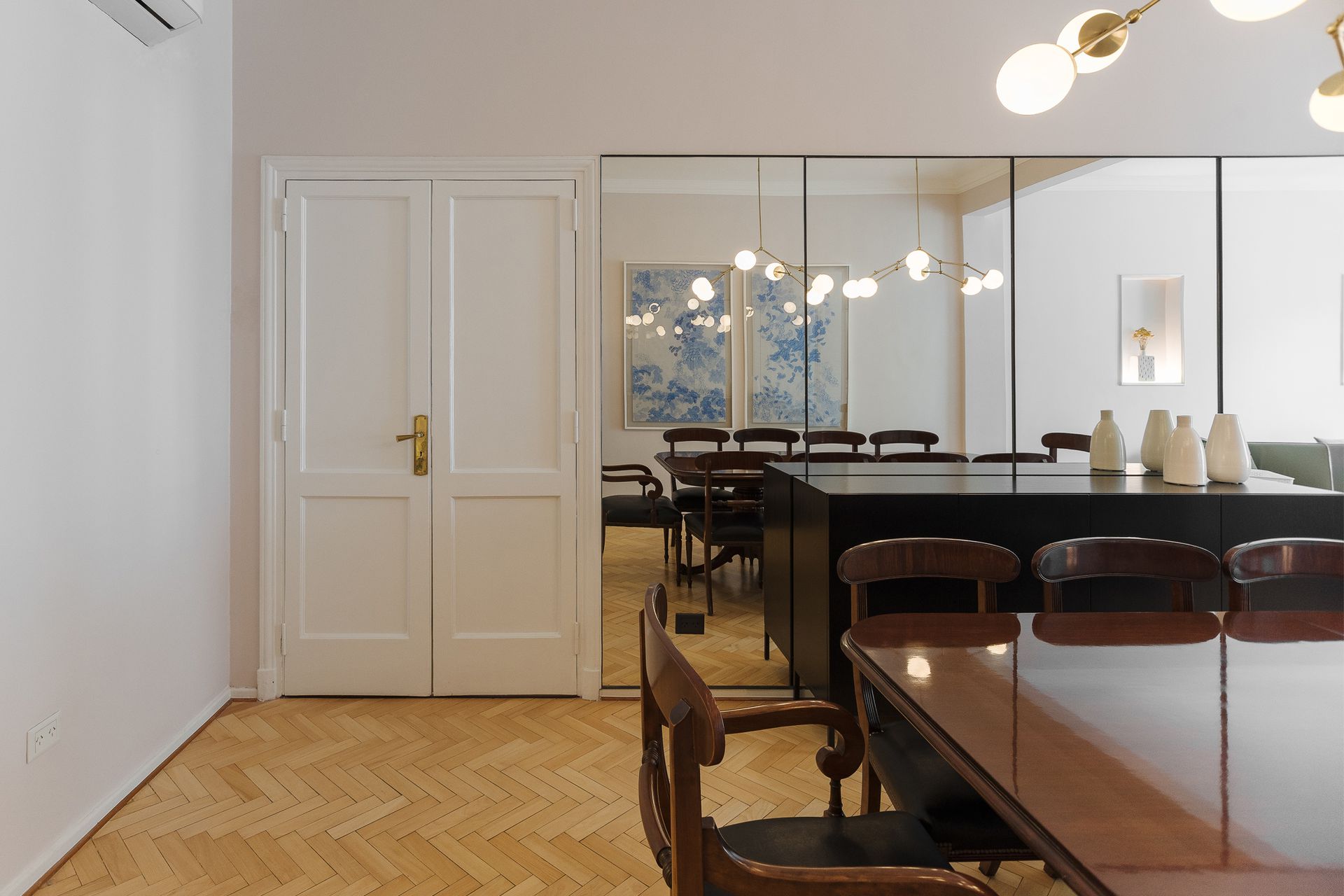 Unmissable: With plans by environment and before and after photos, the rebirth of an old-fashioned apartment in Recoleta


“When you make a change, you have to give up something; That is why we always make sure that the client knows what they are going to gain and what they are going to lose in each decision”, they describe las arquitectas Karina Pafundi y Marina Marin, from Primal Study, in charge of the reform of this apartment for a family of four where the balance seems to be all in favor.

The polish lightened the floor, and the hydrolacquer lowered its shine to give it a more natural appearance versus the old plastic coating.

The new design of the mirror recomposes the line between the door and the back, giving total containment to the dining room and creating a more harmonious environment.

With a minimal and uncomfortable work area and an unused dining room, the kitchen was the biggest challenge of the reform. “Today, these spaces are a family meeting point, but it did not happen here because everything was very non-functional”, explain the architects.

The reform extended an allowance for the entire length of the room and integrated a table with a built-in bench.

“Wherever they can, add storage,” asked the owners. Hence, the cupboards up to the ceiling and even a mini-cabinet at the entrance for the intercom and the keys.

“We accompany the premise of simple lines and a lot of white with texture and warm materials to create a more homely atmosphere.”

Kitchen and dining room for six without expanding. How? Optimizing the space with the built-in bench and a table with unusual proportions and custom-made legs to bring the chairs closer together.

Below, the plans of the kitchen, to look at and admire again how, with a very precise work, the use of meters improved by one hundred percent.

Laundry, which was squeezed into the corner behind a door, was redesigned as a hub with an auxiliary sink and dishwasher. The washing machine was opposite, next to the refrigerator in the wooden volume.

“A pleasant bathroom begins by entering and seeing the pool”, say the Primal architects. To get it, only increased depth (strictly speaking, 30 centimeters from a cabinet on the other side) and so they were able to turn the artifacts and leave the sink in front of the access.

Redecorated, the bedrooms retained their original layout and features, a testament to the nobility of the property.