Tripartite cooperation of the US, South Korea and Japan is ‘indispensable’ to denuclearize North Korea: price – World News in Spanish 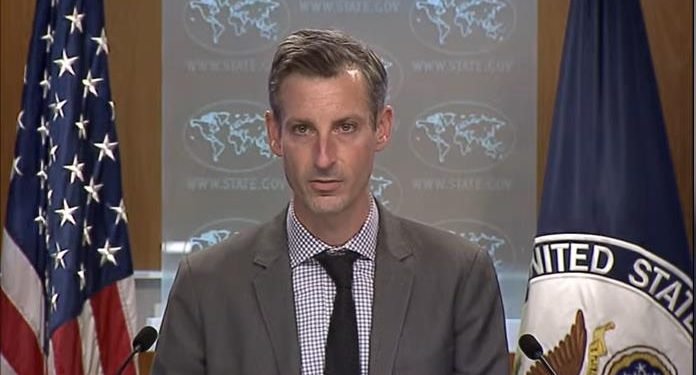 WASHINGTON, Feb. 7 (Yonhap) — Trilateral cooperation between South Korea, Japan and the United States is one of the most important and effective tools to denuclearize the Korean Peninsula, the State Department press secretary said Monday. , NedPrice.

He made the remarks as Secretary of State Antony Blinken is due to hold a trilateral meeting with his counterparts from South Korea and Japan later this week.

“I can be sure that one of the priority topics for discussion in that context will be the recent provocations we have seen from the DPRK, including their missile launches,” the spokesman said of Blinken’s upcoming talks with Foreign Minister South Korean Foreign Minister Chung Eui-yong and Japanese Foreign Minister Yoshimasa Hayashi will be held in Hawaii on Saturday.

DPRK stands for Democratic People’s Republic of Korea, the official name of the North.

Price said that in order to make any progress toward the complete denuclearization of the Korean peninsula, “one of the indispensable ingredients is close coordination with our allies and partners, and then Japan and the ROK are, of course, two of our allies.” with whom we can work”. more closely on this challenge,” referring to South Korea by its official name, the Republic of Korea.

Pyongyang conducted seven rounds of missile launches in January, the most missile tests by the impoverished North in a single month.

Price insisted that the North alone was to blame for its recent missile provocations.

China’s representative to the United Nations suggested last week that the US may be partly responsible for the North’s missile launches by not adopting a more flexible stance toward the North.

The State Department spokesman reiterated the US commitment to diplomacy.

North Korea has stayed out of denuclearization talks since late 2019. It is also ignoring every American proposal made since Joe Biden took office in January 2021.

“The ultimate tool is diplomacy,” Price said when asked what options the United States had to prevent North Korea from carrying out further provocations.

“We have not yet found a willing partner in Pyongyang to engage in that dialogue. But we have continued, even in the absence of a substantive commitment from the DPRK, to coordinate closely with Japan, with the ROK, other allies and partners in the Indo-Pacific, but also allies and partners around the world,” he added.