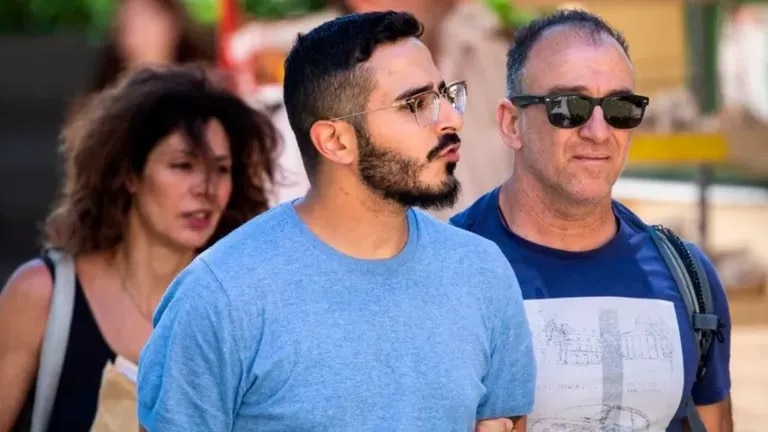 The Tinder scammer: who is Simon Leviev, the man accused of stealing millions from several women he met on the dating app


Tinder, The application to find a partner that was created in 2011, has been installed as one of the symbols of the digital age in which we navigate and has become part of the conversations about current love relationships.

And although its focus is on interpersonal relationships, it has also been the scene of a scandal with financial repercussions: an international scam story that made it to the news and even the giant of the streaming Netflix.

This month the documentary premiered on that platform The Tinder Swindler (“The Tinder Scammer”), which tells the story of three women who say they have been cheated on by a man,Simon Leviev, whom they met through the famous dating app.

For one hour and fifty minutes, through the stories of the Norwegian citizen Cecilie Fjellhøy, the swedish Pernilla Sjoholmy and the dutch Ayleen Charlotte, shows how this man gets into their lives after meeting them on Tinder and they end up giving sums of money that are difficult to confirm, but some estimate in the millions. Only one of them gives the scammer about US$200,000.

The story is based on the report made by the Norwegian newspaper VG, published in February 2019, which tells what the three women who give their testimony in the documentary suffered.

However, despite the evidence of cheated -there are hours of videos recorded by the same swindler and long exchanges of messages on WhatsApp – and the complaints made by the three women against Leviev, he is free and denies having robbed them.

Due to the publicity he has received for the premiere of the documentary, Tinder reported that it canceled the account that Leviev kept active on the application.

But who is Simon Leviev and what does the documentary say about his way of acting?

From Israel to Europe

According to what was published in various media, including VG in Norway and The Times of Israel, Leviev’s original name is Shimon Yehuda Hayu, born in Tel Aviv in 1990 and belonging to an ultra-Orthodox Jewish family.

Leviev’s first encounter with Justice occurred in 2011. At that time, was accused of fraud for stealing and cashing checks from people he had worked for.

Before being arrested by the Israeli police, he escaped across the Jordanian border on a false passport and fled to Europe. But nevertheless, in Israel he was sentenced in absentia to spend 15 months in prison.

For several years there was no trace of his activities, until in 2015 he was captured in Finland for the crime of fraud, after a complaint by three women. there it was sentenced to three years in prison.

In 2017, he returned to Israel. There he legally changed his name: he stopped being called Shimon Yehuda Hayu to adopt the name of Simon Leviev with which he would become known internationally and left the country again.

There began the stage that forms the plot of the Netflix documentary and is narrated in the VG article: He dedicated himself to contacting women on Tinder and allegedly asking them for money to finance his life of luxury and excess.

in the app He presented himself as Simon Leviev, the son of a famous millionaire who made his fortune thanks to the trading of diamonds.

“What happened next was almost like walking into the movie ‘The Truman Show,’ where he shows that has a bodyguard and that actually fly in a private jet explained the director of the documentary, Felicity Morris, to the newspaper The Guardian.

Both elements, with which he tries to impress the women he knows and build your image as the son of a billionaire important that he needs to be constantly guarded because the “enemies” have him in their sights, they feed the lies that Leviev repeats with each victim he meets through the application.

According to what was narrated by the three women, some time after meeting them on Tinder and beginning a relationship -which was not always sentimental-, Leviev began to ask them for money because he had “security” problems.

The women, for different reasons, began to lend him considerable sums with the promise that he would repay them once he managed to control the security threats that had his life in jeopardy.

Of course, before long the man would disappear and leave the women with almost unpayable debts or with their totally empty savings accounts.

When Norwegian Fjellhøy realized that she had been the victim of a scam, she decided to take her story to the press.

Life after the report

Once the report detailing Leviev’s actions was published in the Norwegian newspaper VG and replicated by other media in Europe, in October 2019, Leviev tried to flee to Greece with a false passport.

However, when he landed in Athens he was captured and extradited to Israel, where He was sentenced to 15 months in prison and to pay a fine of close to US$50,000 to compensate his victims.

In an interview with local media, Leviev always denied having stolen money from the women who accused him. After five months of being in prison, due to the coronavirus pandemic, he was released.

“Maybe they didn’t like being in a relationship with me, or they don’t like the way I act. Maybe I broke their hearts during the process,” he said in an interview with Israel’s Channel 12.

“I never took a dollar out of them; these women had fun in my company, they traveled and saw the world with my money, “he added.

Although he is free under the Israeli Justice, there are processes for fraud opened against him in the United Kingdom, Norway and the Netherlands.

Following the publication of the documentary, Leviev closed his Instagram account, but before that he left a final message: “I will share my side of the story in the coming days when I have figured out what is the best and most respectful way to tell it, both for the parties involved and for myself.”