A former reality TV wannabe turned vocal anti-vaxxer has spent the night behind bars after being charged by Victoria Police.

Monica Smit, who founded the Reignite Democracy Australia movement during Victoria’s deadly second wave last year, livestreamed her own arrest in Brighton on Tuesday before her phone was seized by police.

The 31-year-old was pulled over on New Street about 1.20pm where officers from Springvale informed her she was under arrest for incitement.

Ms Smit was taken to a police station and questioned before being charged with two counts of incitement and three counts of breaching the chief health officer’s directions.

She was refused bail and spent the night in custody to face Melbourne Magistrates’ Court later on Wednesday.

Ms Smit shot to prominence in October 2020 when she sponsored a bus that drove around Melbourne calling for Premier Daniel Andrews to be sacked.

The Reignite Democracy Australia group, which promotes an anti-lockdown and anti-vax platform, boasts to have amassed more than 63,000 followers on social media and encrypted messaging apps.

Police allege the group regularly promotes the various anti-lockdown protests across the nation that are often held in breach of the chief health officer’s restrictions.

Ms Smit, from Pakenham, has spoken to large crowds at several of the rallies, including one held in Fawkner Park on February 20 this year and seven days later at a demonstration outside federal Health Minister Greg Hunt’s office in Somerville.

Both of those events were not held when Victoria was in lockdown.

Ms Smit, who has been a vocal critic of Mr Andrews throughout the pandemic, auditioned to be a contestant on Survivor in 2017.

She used to design and sell houses for a living and had a career in sales before trying her hand at citizen journalism during the coronavirus pandemic.

In the video of her arrest, Ms Smit accused the two police officers of “following her” after they told her they were from Springvale police station.

One of the officers also stated her name without her providing it to police.

The video then cuts out when the police officer takes the phone. 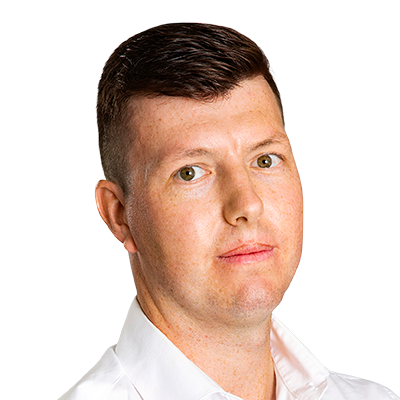 Jack Paynter is NCA NewsWireâ????s breaking news and crime reporter based in Melbourne. He began his career as a local journalist at Leader community news in suburban Melbourne before moving to Hobart for a stint… Read more
Because you’re following Jack Paynter, we think you might like more stories from this author. To manage which journalists and stories you see, go to manage following