At least four new variants of the coronavirus are keeping scientists awake at night.

One, first identified in south-east England, has now turned up in at least 50 countries and appears to spread more efficiently than previous variations of the virus. Its appearance has spooked political leaders, who have closed borders and imposed travel restrictions in an attempt to curb its spread.

Others, identified in South Africa and Brazil, have not traveled that far but show a constellation of mutations that have caught the attention of geneticists.

And then there is a new variation showing up in California that may or may not be driving a new spread there.

“To be honest, we haven’t been sleeping much lately,” said Dr. Christian Gaebler, a molecular immunologist at Rockefeller University who is studying the body’s immune response to coronavirus infection.

So far, none have done what scientists fear most and have mutated to the point of causing more serious disease or evading the protection that vaccination provides. While some of the newer variants appear to have changes that appear to affect the immune response, it is only a matter of degree.

While there is nothing like the phrase “new mutant virus” to attract attention, scientists say they are reassured so far by what they have found: the human immune system can handle the variants that have emerged thus far.

“It’s not more or less serious. It doesn’t cause different rates of hospitalization or mortality,” Gregory Armstrong, director of the CDC’s Office of Advanced Molecular Detection, told CNN.

“As far as we know, it is transmitted in exactly the same way.”

Mutations in the variant help it enter cells more easily, which means that if someone, he says, inhales a puff of air that has virus particles in it, those particles are more likely to infect some cells in the sinuses or sinuses. lungs. instead of bouncing harmlessly. The changes enhance the spike protein that viruses use to adhere to cells.

Armstrong says that the evidence that B.1.1.7 is more easily transmitted is convincing to him.

For one thing, it took over in south-east England during a time when people were supposed to be locked up in November and December, infecting 50% more people than older variants of the so-called wild virus. 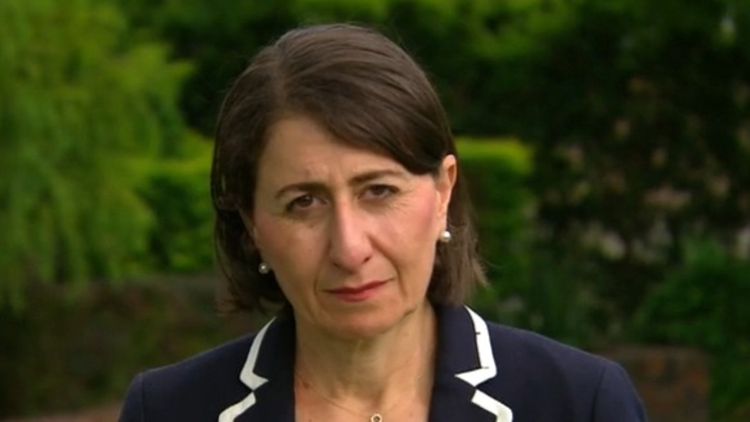 Furthermore, there is evidence that people infected with the B.1.1.7 variant have what is known as a higher viral load – they have more viruses reproducing in their bodies. That makes sense if the variant infects cells more easily, because viruses hijack the cells they infect, turning them into virus factories. More infected cells equal more viruses.

But Armstrong dismisses initial concerns that the new variant infects children more easily. Britain left schools open during the shutdown that triggered the spread of B.1.1.7, he said, and that would easily explain why more children were infected.

All of this simply means that people must do more to prevent the spread until vaccination can be expedited.

Mike Osterholm, who runs the Center for Infectious Disease Research and Policy at the University of Minnesota, doesn’t have much faith in people doing that.

So far, the CDC has reports of 120 cases of people infected with B.1.1.7 in 20 states, although the agency says it is probably much more common than that. The United States does not have many laboratories that perform the necessary tests to identify mutated versions of the coronavirus.

University of Arizona biologist Michael Worobey said he found evidence that B.1.1.7 was imported at least five separate times into the United States, and probably many more. “It is surprising that this lineage was already established in the US for about 5-6 weeks before B.1.1.7 was first identified as a variant of concern in the UK in mid-December,” said. wrote in a post on a website dedicated to sharing genetic information about the virus. “And it may have been circulating in the US for nearly two months before it was first detected, on December 29, 2020.”

A variant first seen in South Africa called B.1.351 or 501Y.V2, has a different pattern of mutations causing more physical alterations in the spike protein structure than B.1.1.7. One important mutation, called E484K, appears to affect the receptor-binding domain, the part of the spike protein most important for binding to cells.

It could help the virus partly escape the effects of vaccines. “There is more concern about immune leakage,” Armstrong said. Vaccine manufacturers and academic researchers are testing samples of this variant, along with others, to see if it can evade the immune response caused by vaccination.

However, Dr. Michel Nussenzweig of the Rockefeller University does not think so.

He and his colleagues have been studying the immune response to coronavirus infection and say that the body produces hundreds of different types of antibodies to attack the virus.

People are born with some of them, and once there is an infection, the immune response matures and becomes even better at attacking the virus, Nussenzweig’s team reported in the journal Nature Monday.

“We have a pool of preformed antibodies,” said Gaebler, who worked on the study.

“The immune system goes to that group and sees what fits well. Once it finds those antibodies, it can refine them and make them even better.”

That should reassure people, Nussenzweig said. The human immune system adapts very well to viral mutations, he said, and produces hundreds of different antibodies that can attack the coronavirus.

“Sure there are a variety of different types of antibodies that can neutralize the virus. It is likely that these kinds of things in plasma are resistant to emerging mutations,” Nussenzweig said.

Vaccines produce an immune response similar to natural infection. So even if a new variant emerges with mutations that allow it to dodge part of the immune response, the body is producing antibodies that can see parts of the virus without disguise.

Nonetheless, officials in South Africa say this variant is now the most common version of the coronavirus found in several areas. It is also common in neighboring Zambia and has been detected in 20 countries. It has not yet been found in the United States.

Two variants of concern have appeared first in Brazil. One, called P.1., Was found in 42% of the specimens in a survey conducted in the Brazilian city of Manaus, and Japanese officials found the variant in four travelers from Brazil. “The emergence of this variant raises concerns about a possible increase in the transmissibility or propensity for reinfection of individuals with SARS-CoV-2,” the CDC said. P.1 also carries the E484K mutation.

P.2, also seen for the first time in Brazil, caused a wave of alarm when it appeared in Britain last week in 11 people.

Finally, there is a new variant seen in California. “We still don’t know what that means,” Armstrong said. It also has a mutation in the receptor-binding domain of the spike protein. The new California variant is called the L452R and while it is commonly found, it is not yet clear if it is more transmissible.

Any viral strain can become more common due to what is known as the founder effect. “The founder effect is a matter of a virus being in the right place at the right time,” Armstrong said. If a particular strain circulates when transmission increases due to human behavior, that strain will go ahead and become more common not because it spreads more easily, but simply because it was there.

In a preprint, a study published online but not reviewed by a medical or scientific journal, a team from Cedars-Sinai in Los Angeles said they found this variant in 36% of samples taken from 192 patients at the hospital in late September. November and December, and in 24% of the Southern California samples

The California Department of Public Health said the variant was “increasingly” showing up across the state.

Right now, the United States is doing a poor job in what’s known as genomic surveillance, Armstrong said. “We don’t have gold standard sequencing-based surveillance like the UK has,” Armstrong said. That may explain why the UK discovered B.1.1.7 before the US.

Employees who might be doing these kinds of tests instead are running tests to diagnose coronavirus infections in people. “State labs have been overwhelmed. A lot of personnel who were doing sequencing are doing PCR tests instead,” he said.

So the emergence of L452R may just be a function of labs in California starting to look for the variants and find them.

CDC is working to increase the capacity to perform these types of tests, intensifying efforts with state and local health departments, funding academic laboratories for more tests and working in agreements with commercial testing laboratories, Armstrong said. “In two to three weeks, we’ll get 5,000 streams a week from those companies,” Armstrong said.

More studies will be needed to show whether these variants can increase the already astronomical spread of the virus. The United States has more than 24 million diagnosed cases and nearly 400,000 deaths.